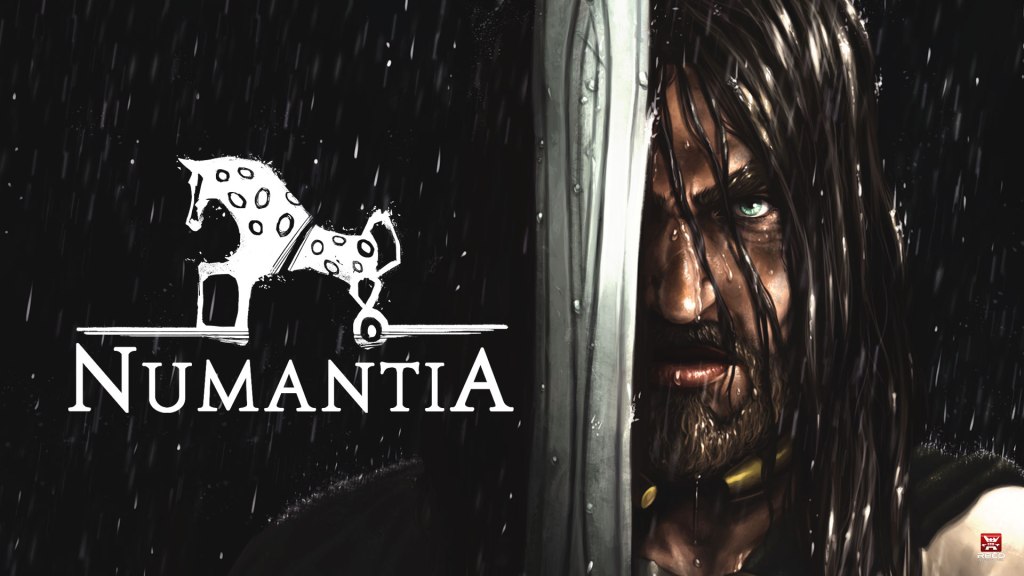 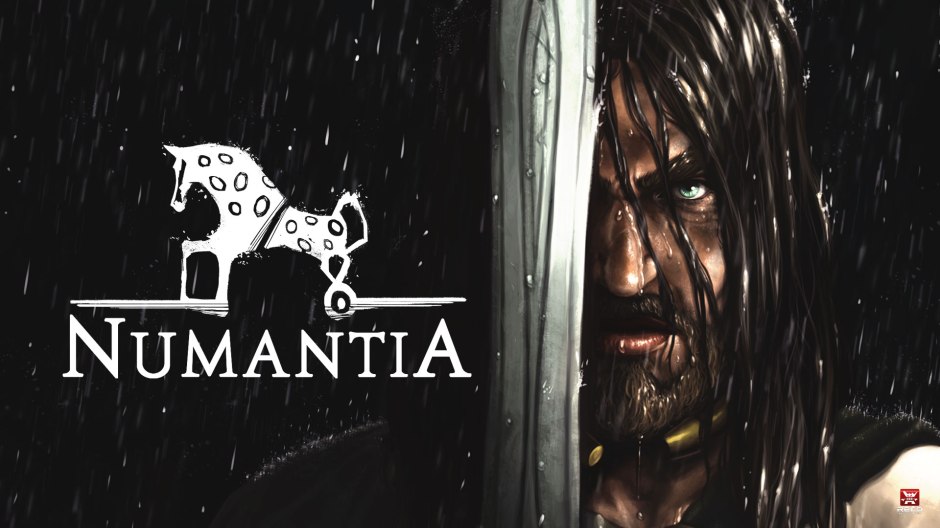 I’m a big fan of turn-based strategy games, and it’s very rare to have the chance to play a proper, old-fashioned, hex-based war TBS title on PS4. In fact, I can’t think of another hex-based strategy game on the system (feel free to prove me wrong in the comments). So the arrival of Numantia is a big deal for console-owning TBS fans. There may be a million games like it on PC, but it practically has the market all to itself on PS4 and Xbox One.

The game sees you defending or attacking the city of Numantia in Hispania in around 150 BC. You can choose to play as either the Romans laying siege to the city or the rag-tag Celtibarians defending it, so there’s potential to play through the whole thing at least twice to see both sides of the conflict.

The gameplay is split between two phases. In the map phase, you spend time buying and equipping new troops and reacting to events, most of which have multiple choices to be made, and some of which trigger battles. This takes you into the battle phase, where you order your troops around a hex-based grid in an attempt to outflank the enemy and surround them, without being surrounded yourself.

My first impressions of the game weren’t particularly favourable. For a start, I found the art style to be particularly grating – it reminds me of those really cheap looking biblical cartoons that used to appear on TV on Sunday mornings instead of The X-Men. Images of hairy men with thick black outlines flick between a couple of frames of animation, and it all feels just a little bit cheap and naff.

That said, the map screen itself is beautiful, a smoothly scaling vista that’s so pretty you could frame it. But it all goes a bit wrong again when you snap into battle mode and are presented with a flat, drab field and tiny, rigidly animated soldiers. Let’s just say that it hardly seems to be pushing the PS4.

There are a few questionable design decisions, too. For example, the text is vanishingly small, and I found I had to sit right by the TV to have a hope of reading it. Similarly, the menu structure is tricky to parse and feels highly unintuitive – it’s a far cry from the snappy menus of XCOM. More importantly, it’s just all incredibly dull to start with – the tutorial drags and relentlessly pumps you full of arcane information about morale stats and so on, yet the battles seem to be decidedly one note. It all comes down to swiftly manoeuvring to the rear of your opponent, where you can deal much more damage, and then giving them what for until one of you falls over.

It’s all pretty linear, too. You move from one scripted event to the next, being offered nominal choices that seem to have fairly arbitrary outcomes. For example, at one point I was told there was a wolf pack outside the city, and I was given four options, ranging from attacking them to simply ignoring them. I opted to attempt to tame them in the hopes of gaining a terrifying wolf unit to use against the Romans. Instead I was told my soldiers were slaughtered and one of my units would go into battle with reduced health next time around. Great.

I felt myself wishing that I could have more control, like in the Total War games, where I could plot how to expand my territory and plan how to wage war most effectively. But then I realised that the whole point of this game is not about player freedom – it’s about telling the story of a very precise moment in history that had a very definite outcome.

I’d never even heard of the city of Numantia, but I was captivated by its story after playing this game for a few hours. Tribes from Numantia and its surrounding settlements banded together to hold back the Roman advance for decades, and it’s an evocative story – like Asterix but without the magic potions and high jinks.

And the more I played, the more I started enjoying the combat. Things gradually get more complicated with the addition of different units, like cavalry and catapults, and the gameplay is far from as simplistic as I initially thought. For example, each infantry unit is made up of five or six soldiers, and their attack power is gradually reduced as soldiers die, so one tactic is to soften up battalions with barrages of arrows or javelins to make sure your infantry units have an easier time of it when they move in. Hero units, on the other hand, are single, powerful soldiers whose attack power doesn’t decrease as their health goes down.

It gets pretty tough, too. Units that get wiped out have to be replaced between chapters, using up valuable silver and supplies, and it’s easy to find yourself unable to field a full army for the next conflict if you’re not careful. Units’ health recharges between fights, however, so there’s an emphasis on making sure weakened battalions beat a hasty retreat to ensure they can fight another day.

Battles become far more tactical as the game goes on. You soon end up commanding a sizeable army, and the skirmishes become tense affairs as you try to read the battlefield and come up with effective tactics to outwit your opponent. These epic conflicts can take upwards of half an hour, and sometimes much longer, but one infuriating design decision is that you can’t save during a battle. This particularly stung me when I was halfway through a conflict and the game froze, forcing me to start all over again.

Despite this setback, I was keen to go back in and fight through it all again – in fact, Numantia successfully diverted my attention away from some of the current Christmas blockbusters, like Wolfenstein II. Yet here’s the problem – it seems more than likely that this game will become lost in the tsunami of titles released at this time of year. Numantia has a slow start and a divisive art style, but it’s a cracking strategy game once it gets going. Yet I fear it will sink without trace in the Christmas rush – I’m baffled as to why the publisher didn’t hold it back until a quieter time of year when it would have space to shine. And it certainly does deserve to shine as a rare example of a really good historical strategy game on consoles.

Numantia is available digitally on PS4, Xbox One and PC. There’s also a boxed version available exclusively through Amazon. We reviewed the PS4 version.

Disclosure statement: Review code for Numantia was provided by Reco Technology. A Most Agreeable Pastime operates as an independent site, and all opinions expressed are those of the author.