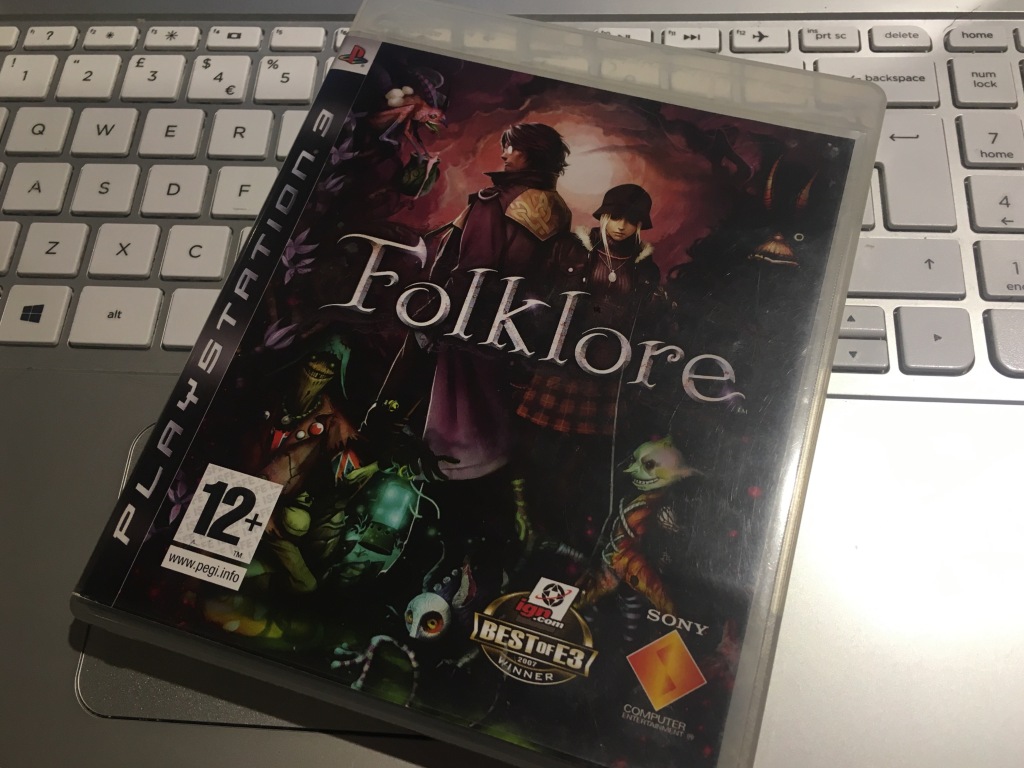 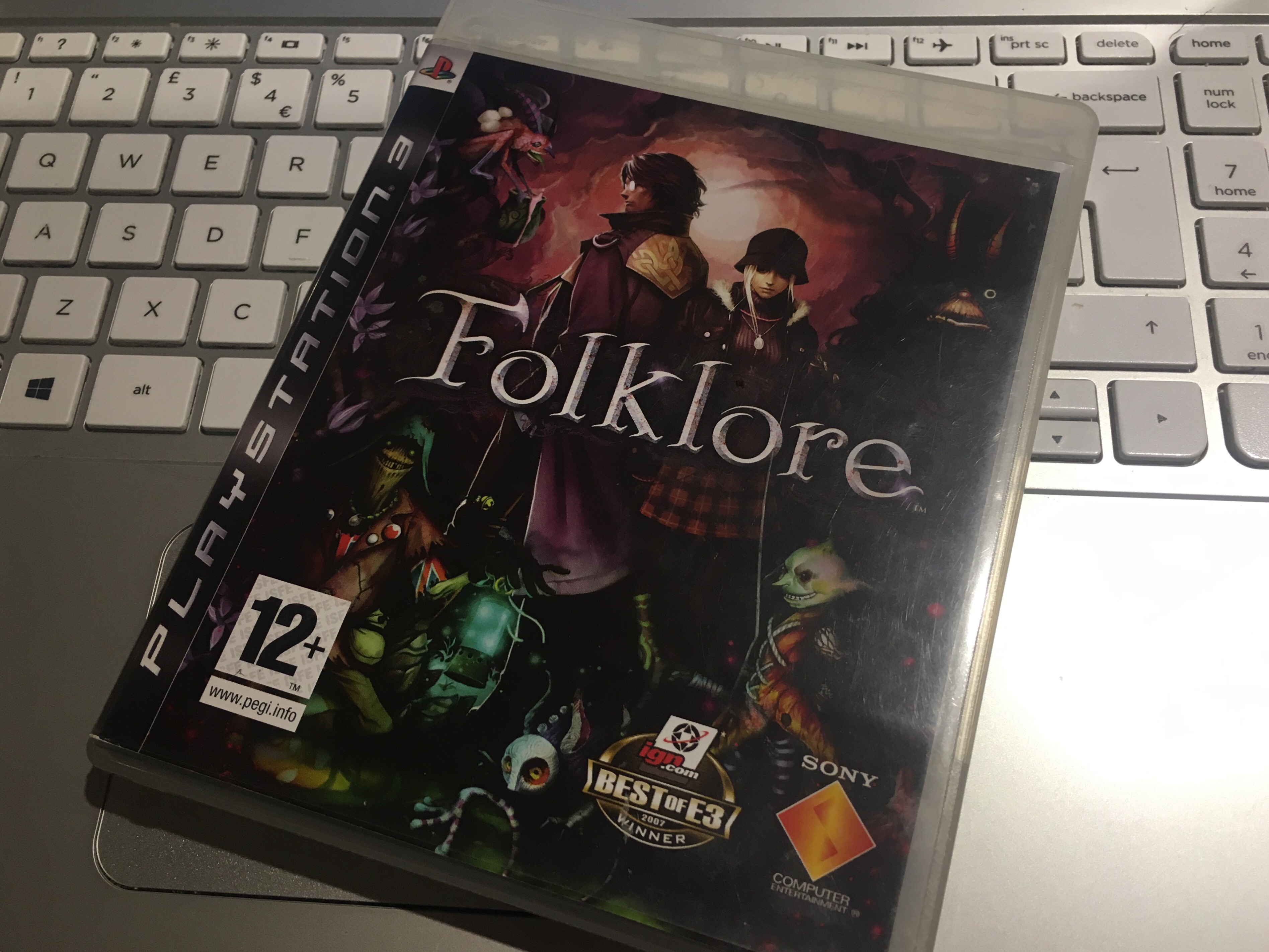 I was pottering around CEX today when I discovered a PS3 game I’d never heard of before. This was enormously exciting – I’m pretty fanatical about video games (as you can probably tell), so it’s rare indeed for me to find one that’s completely slipped by me. What’s more, Folklore looked right up my street – an RPG set in an Irish village with all sorts of fairy folk you can capture and use to create new spells. The box made it sound a bit like the film Pan’s Labyrinth crossed with folklore Pokemon.

I did a quick search for info on the game, and saw it got a glowing, 9/10 review from IGN – so within seconds I found myself walking to the counter, cash in one hand, game box tightly gripped in the other, with only a fleeting, guilty thought about all of the games I’ve got back home that I haven’t even played yet. Hey, come on, it’s not every day you find a 9 out of 10 game you’ve never heard of before.

I’m still not quite sure how Folklore passed me by – all I can think of is that when it was released in October 2007, I was far too focused on the Xbox 360 to notice this PS3 exclusive slip out (I didn’t have a PS3 at the time). A quick look at the game’s Wikipedia page reveals that it didn’t sell particularly well – and a sequel was cancelled as a result of its poor sales – which probably explains why it slipped under my radar.

I was also excited to discover that Folklore is by the now-defunct Japanese studio Game Republic, who also made Genji, one of my favourite PS2 games – and incidentally, Genji is another game I’d never heard of but bought after spotting it in a game shop. I sense a pattern here…

I can’t wait to give Folklore a go tonight – a Japanese RPG based on Irish folk tales? Sounds utterly wonderful.