Wow, 2017 has been an absolutely stellar year for video games. Nintendo managed to bookend the year with two of the company’s best ever games, The Legend of Zelda: Breath of the Wild and Super Mario Odyssey, while Sony spewed out the wonderful Nioh and Horizon: New Dawn at the start of the year. Persona 5 and Nier: Automata proved to be some of the best RPGs that Japan has ever produced, while the Christmas deluge of new releases was nothing short of spectacular, dropping classics like Wolfenstein II and Assassin’s Creed Origins. Then there are the countless excellent indie games, from the delightfully twee Yono and the Celestial Elephants to the rather less twee What Remains of Edith Finch.

Sadly, despite our best efforts, the gentlemen of The Manor haven’t had time to enjoy more than a fraction of the astounding video games that 2017 hath brought (who has?), but we’ve looked back over the games we HAVE managed to play this year and picked the absolute stand-outs. 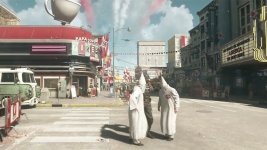 I loved Wolfenstein: The New Order, with its crazy mix of old school gameplay and ludicrously OTT set-ups, and its sequel manages to improve on the first game in every area. Setting the game in a Nazi-run America turned out to be surprisingly timely, and there were several digs about the current US regime stashed away in corners, but the reason I love this game most is that it combines a roller-coaster thrill ride with characters I actually ended up really caring about.

I wasn’t even supposed to review this game. It was slated for The Baron, but I ended up requesting an EU code by accident, so it fell to me to review it in instead – and what a happy accident that turned out to be. Hob captured my imagination from start to finish, particularly thanks to its wordless world, where it’s up to the player to work out what’s happening and how to progress. It was a simple trick that kept me totally engaged – although it helped that this Zelda-a-like is a game of the highest order. I didn’t get to play Breath of the Wild this year, but I still got my fix of fantastic action RPG puzzling thanks to this little gem.

I was utterly bowled over when Nintendo announced not one but two Metroid games at this year’s E3 – particularly because one was scheduled for release in September. I had waited around a decade for a new 2D Metroid, and now I just had to wait a matter of months! A joy from start to finish, Samus Returns rekindled my childhood memories of Super Metroid while at the same time improving on Metroid II in every way. It’s is easily one of the best games I’ve played in years – here’s hoping that Ninty don’t wait so long to release another 2D Metroid next time around.

There were ominous rumblings in the month’s leading up to Hellblade‘s release. Although the game always looked visually impressive, the previews raised questions about the combat and overall gameplay, and I was readying myself for disappointment. So what a surprise to discover that Hellblade is one of my absolute stand-out titles of 2017, a hard-hitting look at mental illness that drew me in and kept me hooked as I explored Senua’s bizarre and gruesome Dark-Ages world. And the combat actually turned out to be one of the game’s best features, funnily enough – tense stand-offs in which it’s easy to become surrounded if you’re not quick on your feet. 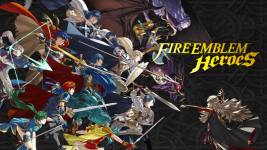 This is another game that I had reservations about before its release, but it turned out to be one of my most-played games of 2017. The simple maps are perfect for bite-sized sessions, and there’s a surprising amount of depth beneath the rock-scissors-paper combat. Indeed, the game has gathered in strength over the past year thanks to regular updates, to the point where the version that came out in February would be almost unrecognisable if stood alongside the one available now. A wonderful, wonderful time sink – especially to an FE fan like me.

This game truly re-invented the concept of horror in video games, as well as being what is still the single best example of how amazing VR technology can be in the hands of a AAA company. I’m still impatiently waiting for other devs to bring something even slightly close to this level of quality in a horror game to VR. Someday…

Even with all its flaws, most of which I still insist are greatly exaggerated, Andromeda still proved to be one of the best experiences of the year. It kept me hooked for around 100 hours and I still never got tired of it. The combat was just so fun and the worlds were so vast and beautiful (and made us feel like our upgrade to 4K was totally worth it), that even though the story didn’t quite reach the heights of the original trilogy, it was still an amazing game.

I’m a huge fan of the Drakengard/Nier series and this latest entry didn’t disappoint. There’s a huge amount of content, an enjoyable combat system, a ton of character customization options, and an amazing story that really makes you think. The final ending is one of the most memorable endings ever seen in a game too.

I’m also a huge fan of Arkane Studios and their wonderful first person action-rpg games. This one had it all; horror, sci-fi, stealth, first person shooting, and a really well written plot, all in a huge and amazing looking setting. One of the most criminally underrated games of the year.

Again, a lot of stealth, a lot of action, a lot of gruesome horror, a great story, and a lot of great looking environments to methodically explore. It didn’t even come close to being as creepy as Resident Evil 7 (I doubt any non-VR game ever can now), but it was still an incredibly fun and well-produced horror game, which is something I can never get enough of.

Without a doubt the game I played the most this year was Fire Emblem Heroes. My initial reaction to the game somewhat lukewarm, but the game has seen a regular series of updates that have just made the game more and more addictive (which Lucius and I discussed a few months ago). I’m still playing and enjoying the game, and somehow against all the odds all the new mechanics that have been added have been worthwhile so far. I still wish I were less compelled to be a completist with this game so that I could focus on other games, but at the same time I’m happy that the game has had so much longevity, far beyond what I’d expected. 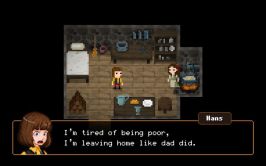 This indie survival horror game was released on Steam last year but was recently released on Switch. I loved pretty much everything about the game including the story and writing, characters, and amazing pixel art. I don’t usually gravitate towards survival horror, but the fantasy setting and macabre creepiness were more fun than scary and made this game one of the most memorable ones of the year for me.

Although Breath of the Wild and Super Mario Odyssey have gotten the most attention this year, my favorite Switch game this year was actually Arms. I tend to enjoy new IP more than new entries in longstanding franchises, and I loved how much Arms felt like something new. Although it has a similar bright and colorful aesthetic as the Splatoon games, the core mechanics are a lot of fun and the characters are great new additions to the Nintendo roster. The game is easy to pick up, but it becomes really enjoyable once you start internalizing its rhythm and honing your strategy. Like all the best fighting games this is one that you’ll enjoy more the more you play it, and I’m looking forward to spending more time with it.

I had to squeeze this game in. Although it was released on iOS at the very end of last year, Super Mario Run was only released on Android this year. This was a game that I was very skeptical of even after playing the demo, but after playing the full game and spending time with all the modes I’ve found it’s one of the freshest takes on the Mario 2D formula in years and have really come to enjoy its bite-size levels. This is a game that has been great to come back to again and again and pick up for short bursts of gaming. The game feels a bit underrated and underappreciated, but surprisingly it was one of my favorite new games of the year.