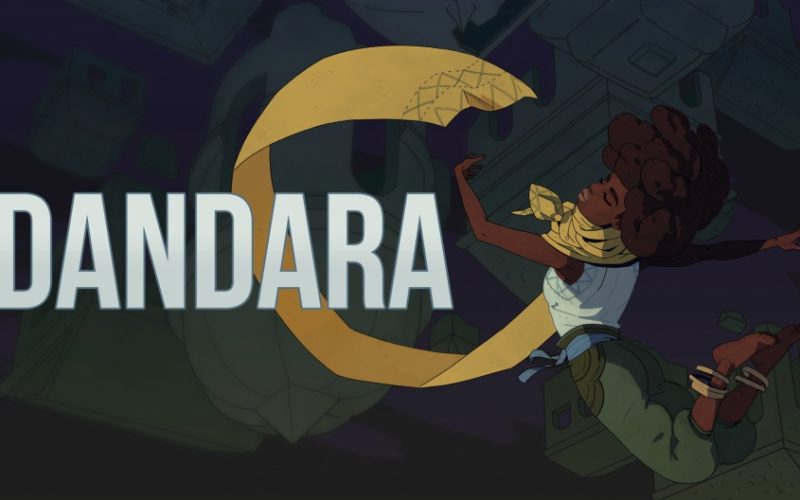 When I reviewed the excellent metroidvania game Dandara a couple of weeks ago, I was bowled over by how good it was – but I also felt like there were layers of meaning that I was totally missing. The game is heavy with symbolism and references to Brazilian culture, so I got in touch with the developers, Long Hat House, to find out what it all means.

Long Hat House is basically two people – João Brant and Lucas Mattos – both based in Belo Horizonte, Brazil. They were joined during the development of Dandara by musician and sound designer Thommaz Kauffman, who did pretty much everything you hear in the game, and artist Victor F. Leão, who joined in the middle of development to re-do and improve the art. Lucas kindly agreed to answer my questions – here’s what he had to say.

Q: Could you tell us a bit more about the real-life Dandara and why you wanted to feature her in the game?

Lucas: Dandara dos Palmares was a key person in Quilombo dos Palmares (Quilombos were places that housed runaway slaves, sometimes thousands of them, and the Palmares one was the biggest we had in Brazil). There is not much known about Dandara, and it is hard to tell what is fact and what is legend, but it is said that she fought alongside her partner Zumbi, a more well-known figure and leader of the Quilombo. It is also said that she not only fought to protect the Quilombo and bring more freed slaves to it, but she was also an important strategist and had a leadership role, too. For those who know her, mainly in Brazil, she became a symbol of the fight for freedom against oppression.

There are many reasons why she is in the game, even though it is not about her real life. She became an inspiration for us early in the process, when we started writing the narrative, and she helped us build our main character, even though Dandara was at that time the not the final name of the project. As the project evolved, the narrative changed a lot, but her name became part of it. Instead of the game telling the story of Dandara dos Palmares, her name brought meaning to the game, becoming part of the narrative itself. The references in the game are there to bring meaning, concepts and explanation to the universe we built, and Dandara is clearly the main reference in there. 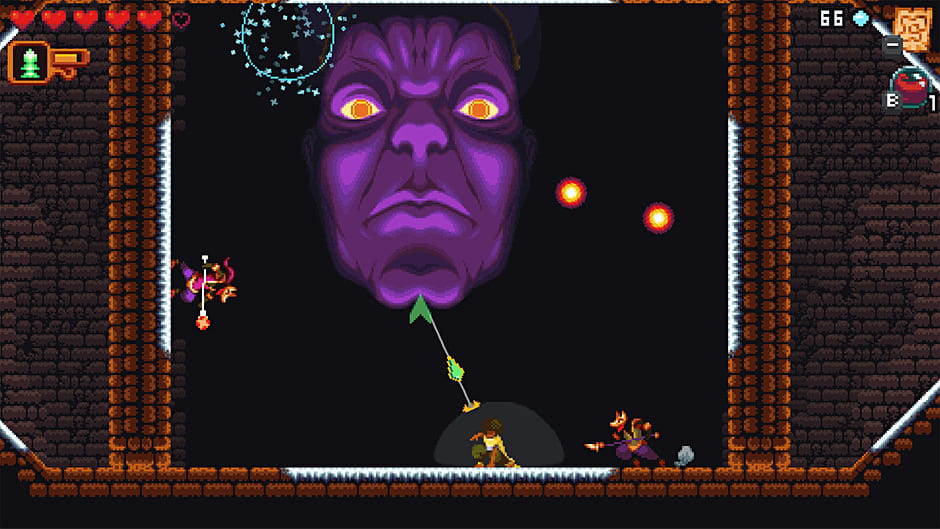 Q: What was the inspiration for the first boss, Augustus? Is he a reference to the military who went after Dandara?

Augustus is a mix of inspirations, and actually M. Bison wasn’t one of them, despite the similarities! He is not directly inspired by those who fought the real Dandara dos Palmares, but he represents an authority image, which makes sense, as he is the general responsible for occupying the Village and bringing the army with him. But I think the next question and answer better explain the design thoughts behind him!

Q: Could you tell us more about the other bosses and the thinking behind them?

We don’t want to give away too much information about the narrative, since understanding and open interpretation are part of the game. But as Dandara clearly fights oppression in the universe of Salt, I can say that we bring different forms of oppression to figure, and the bosses are one of the obvious ways we do it. Each boss oppresses the Salt somehow, and we have thought about each of them, from art to gameplay, so they speak to the player how they do it. Thus Augustus, the giant conservative general, who is able to smash you with his hands, who fights for authority and control, and resorts to brute force and his army to achieve his goals.

Q: What exactly is the odd thing you see after beating the final boss?

Basically that’s still the boss’ remains. Sorry, I can’t explain too much…

Q: Some people have suggested that Dandara’s movement is reminiscent of capoeira, was this deliberate?

We did have the intention of making capoeira-like movements for Dandara! One of the reasons is that the legends about Dandara dos Palmares say that she was skilled at capoeira, and [the game character] Dandara’s dance-like/gracious movements, like entering the doors, are heavily influenced by this idea. Also it’s one of the influences for her design (pants, barefoot, etc). And those also helped us to convey the idea of the humility and humbleness of her character.

In the end, it’s awesome and surprising that people actually noticed that though – because of her movements being so unique for the gravity-less gameplay, it was really hard to bring capoeira into it.

Q: What exactly is the Salt that’s referred to throughout the game?

Salt is both the World and the God for those who live in it. It is strongly influenced by the actions of the entities present in the world. 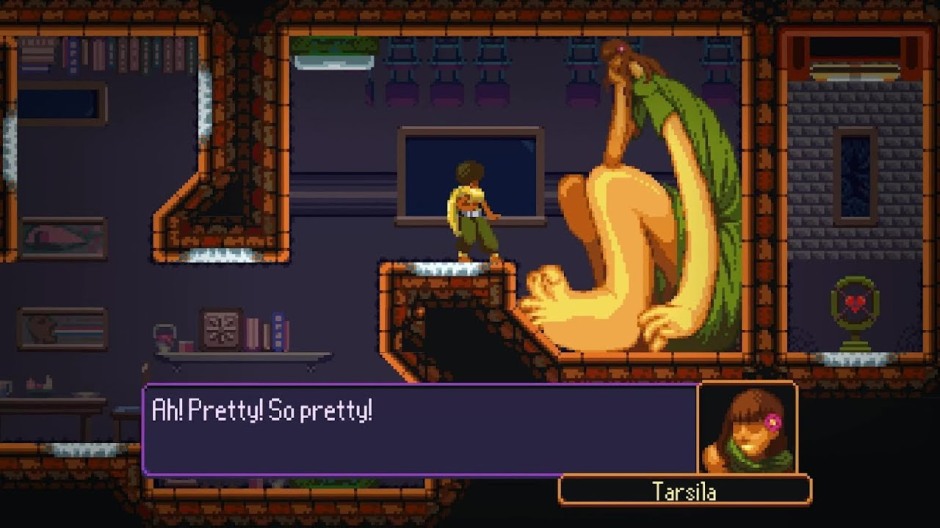 Q: Finally, the story of Dandara the game seems to be highly allegorical, what inspired this conflict between creation and order?

Well, going back to the beginning of development, you would find João and I with a great idea in our hands for building a really interesting universe, but without the writing skills to pass it through dialogues and texts. So we went for designing a richer universe in a gameplay-focused game. We did put a lot of effort into making sure that there’s more into the game than there is at its surface! I would say that there are more than two sides, and it is also a very thin line. But, in short, aren’t creation and order often put on conflicting sides? How? And, maybe more importantly, why? Those questions inspired us.

Huge thanks to Lucas Mattos for taking the time to answer my questions – and we can’t wait to see what Long Hat House comes up with next.