Disco Elysium – formerly known as No Truce With the Furies – was one of the standout games at EGX Rezzed 2018. This fiendishly complex isometric RPG promises some quite astonishing depth and customisation, along with some sublime painterly graphics.

(Incidentally, I asked ZA/UM’s Chief Marketing Officer why they changed the game’s name from the brilliant No Truce With the Furies, and in the process of asking I couldn’t quite remember whether it was ‘With’ or ‘For the Furies’. He said that’s exactly why they decided to change it – they found people couldn’t remember the name properly.) 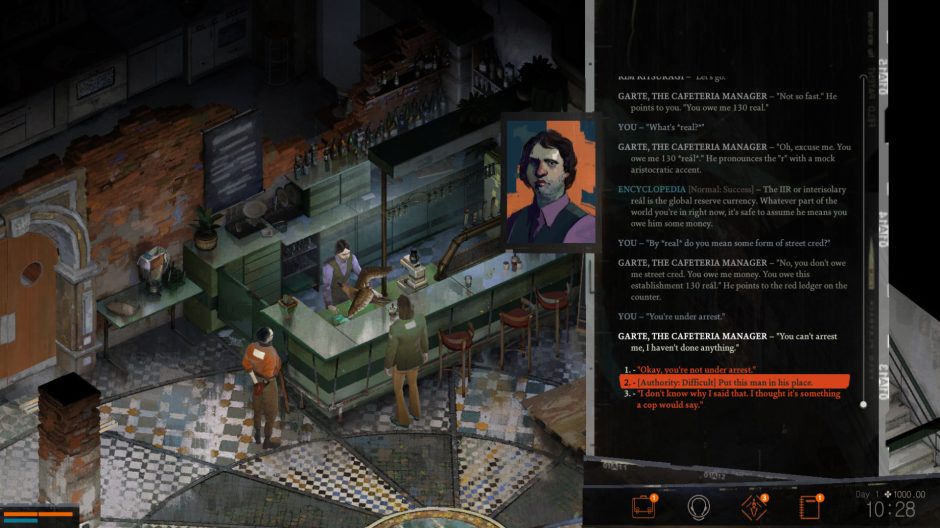 Disco Elysium is set in the corrupted city of Revachol, and the start of the game perfectly sums up it’s ambition and refreshingly alternative take on reality. It begins with blackness, followed by a conversation between the various dark parts of your brain. Your lizard brain suggests that everything is too awful and that you really should probably give up right here. But if you persevere with the struggle, you open your eyes and wake up into the worst hangover of all time.

The tutorial is essentially you trying to find your clothes and remember what on Earth happened in your apartment the night before. The introduction to the game’s deduction system sees you attempt to work out what happened to your other shoe by analysing the smashed glass on the window and tracing back the trajectory of the thrown object. Conclusion: you lobbed your shoe out of the window from the other side of the room for reasons unknown. 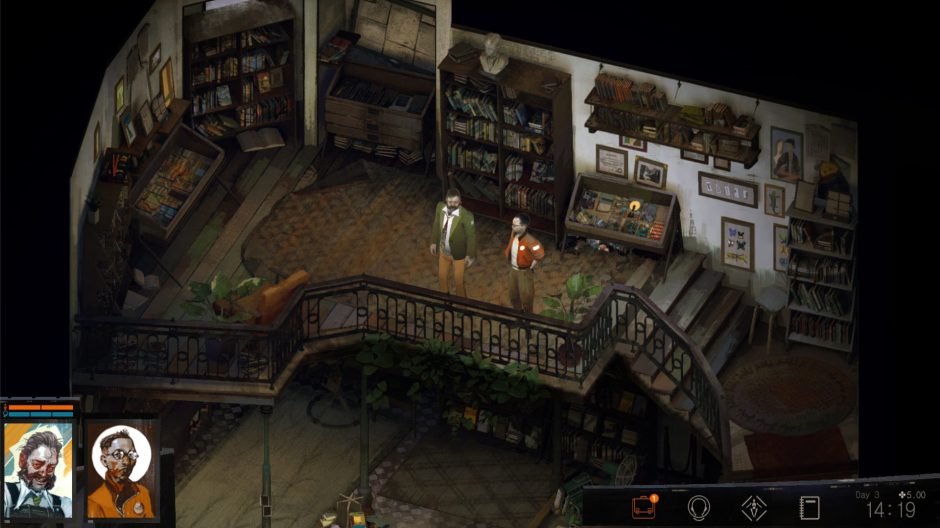 There’s an extremely strong Fear and Loathing in Las Vegas vibe to the whole thing, with a heavy emphasis on drugs and drink, along with plenty of deep, dark introspection of the soul. You play a washed- up detective who’s been sent to investigate a murder – but at the start it’s revealed you’ve been doing very little investigating and quite a lot of drinking.

The focus of the game is on the dialogue, which is wonderfully written and laugh out loud funny at times. Every now and then you’ll be given a dialogue option that has a percentage chance of activation, with the percentage reflecting your skills in certain areas. If you focus on ‘Electrochemistry’ for example, you can basically become an addict, and might end up swigging from a bottle during conversations – with characters reacting to you differently as a result. You’ll also get different insights to help you with the case. 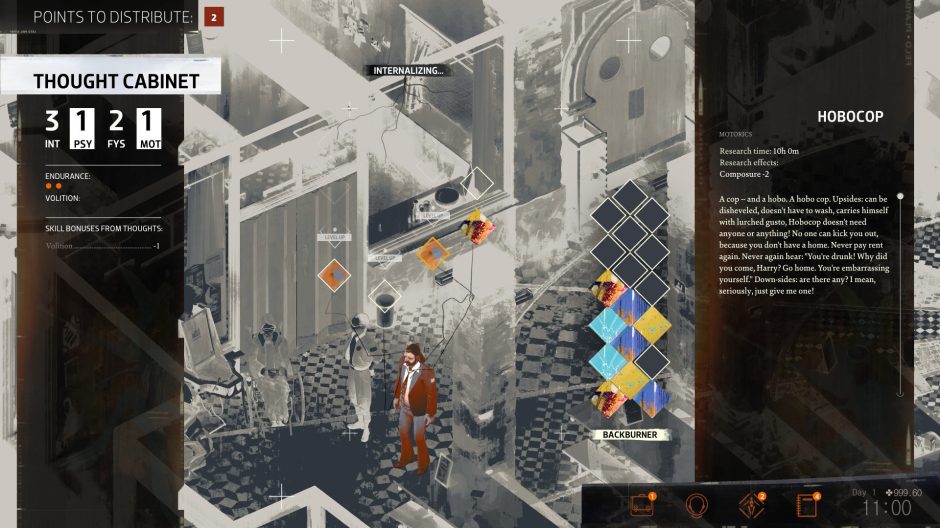 The sheer number of dialogue options is what makes this game so ambitious. With so many different skills you can alter, there’s the potential to have a very different playthrough by levelling different skills and unlocking different dialogue trees. The developers emphasised that it’s really up to you how you develop your character – you could choose to be a reformed cop in a desperate quest for the truth or a bumbling drunk who jokes his way out of every situation. 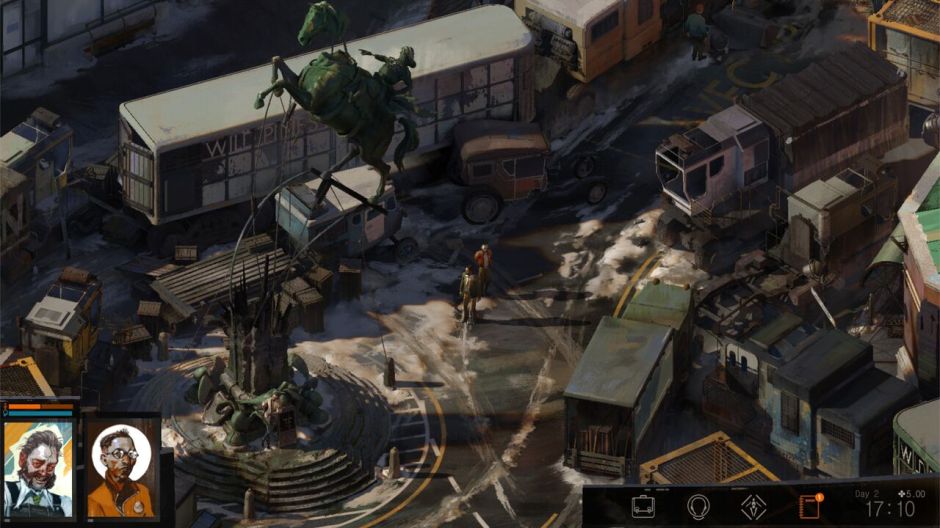 Overall Disco Elysium is shaping up to be a wonderfully complex and ambitious detective RPG with a really astonishing scope for customisation and freedom. I can’t wait to properly get stuck in when it’s released later this year. Currently it’s just slated for PC, but hopefully we’ll see console versions later on.

Head this way to discover more of the best games at EGX Rezzed 2018.