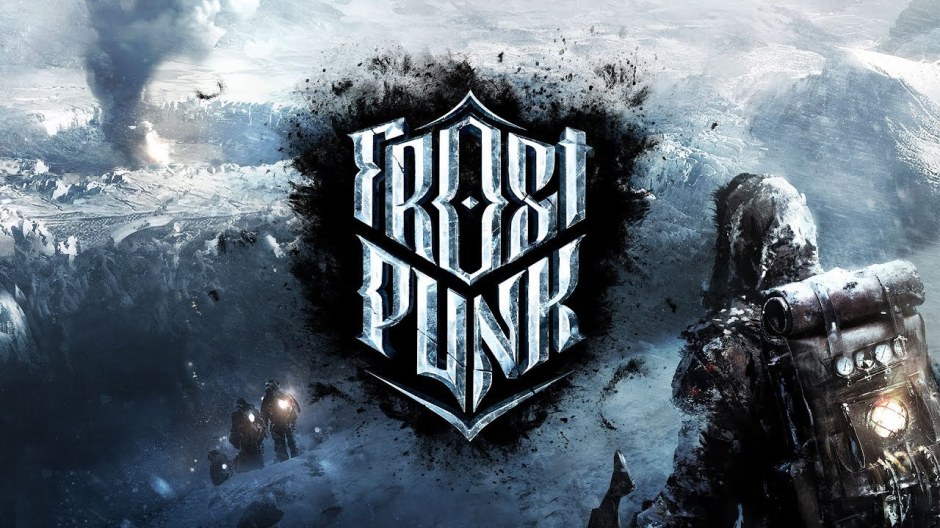 It’s grim up north. Such is the world of Frostpunk, a new and novel take on the classic city-builder genre from 11 bit studios, who brought us This War of Mine in 2014. The novelty comes from the uniqueness of and the setting and the gameplay, both of which are equal parts profoundly engaging and grim. It really is quite grim.

In an alternative 1886, the rise of the British Empire is stopped in its tracks by the unexpected arrival of a second ice age. Snow and frost cover everything everywhere by the foot, and civilization as we know it is on the edge of collapse. In response to this threat, a team of intrepid explorers lead by a stoic captain (guess who), leave the decaying and anarchy-ridden city of London to head far to the north and start afresh. Why you would do this during an ice age is beyond me to be honest, but that’s not really why we’re here, so we’ll park it for now. 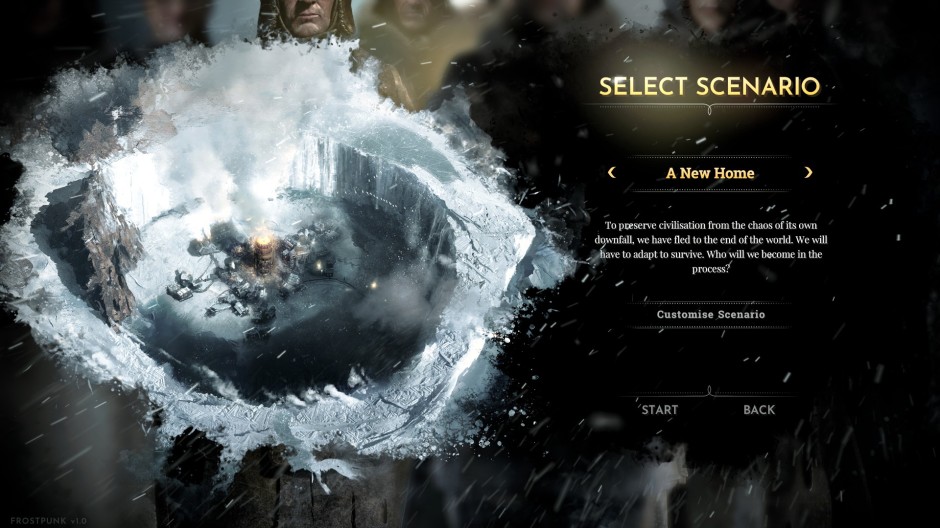 Your overall task throughout Frostpunk is pretty simple: survive. Which is not as simple as it sounds. To do this, you will need to power-up – and then keep on powering – The Generator, a spectacularly steampunk pile of gears and valves and fire that lives smack in the centre of your new city. From fire does all life begin, and from the lack of it does all life rapidly snuff right out. Essentially, this means you have to feed it coal, and there isn’t much of it.

You also need to build a shelter for your people so that they can survive the -70°C (yes that’s right, -70°C) days and nights. Well, there isn’t much wood either. Oh, and of course they’ll also need food. Er, -70°C days? Well, you shouldn’t have to watch a lot of Gardener’s World to know that’s not an optimum growing condition for your kumquats. I tell you without shame that I am on my fifth try and that I am still not doing very well.

A significant reason for this is that your principal resource, your population, is apt to die very quickly and easily. Members will also get sick in droves, requiring hospitalisation, or they might lose limbs to frostbite, meaning they can’t work but will still need food. All things considered, this is probably pretty realistic. The game marks time in days, which can vary widely from one to the next. Using this for a measure also means that there is no scope for natural population growth. This only comes when you become advanced enough to venture out into the wastes to search for survivors.

Any new citizens are immediately welcome for their ability to do a job, but not so welcome for their need of shelter, warmth, and yet more food. Keeping them all happy is key for generating Hope, a passive resource that, unsurprisingly, measures the feeling of the population. This indicator shows how likely they are to keep on going, or simply give up and walk into the snow to die. Yes, really.

Hope, and it’s evil twin Discontent, give you zero chance to forget about the people and focus only on your obsessive town planning. They’re not as easy to deal with as a dip in coal or wood, and will make or break your game. They can be influenced by a variety of factors, such as building area effect, but most directly by using The Book of Laws. Oh boy. The laws form a sort of alternative tech-tree, a partner to one found in your engineer workshops. The Book of Laws doesn’t deal with the efficiency of your coal mining, etc., but is instead a gateway to social engineering.

Within the first five minutes, you’ll find yourself being asked to sign in legislation that will force people to work 24 hours. The next progression is the option to extend all working shifts by four hours, either universally or building by building. There are, of course, pros and cons aplenty to be found. These two particular laws will lower Hope and also increase Discontent, the double whammy of bad times in Frostpunk, with the 24-hour boost doing so every time you use it.

There are many more laws, and they can make significant changes to the way your game pans out. They will also dig right into your soul and twist it a bit. Hearing my daughter cry on the baby monitor just after I’ve sanctioned the use of child labour isn’t something I like to work into my average weekday evening. Similarly, I didn’t feel too good about forcing my workers who got frostbite to have amputations and undergo experimental treatment. Pushing the addition of ‘food additives’ (sawdust) to make rations go further was also not fun.

Each choice of law will give you short, medium and long-term effects to deal with. Here’s the fun part; once they’re committed to, they cannot be undone. Let’s take child labour as an example (sorry Piplets). Sign the law, and you will find that you get an immediate worker boost. Early on this is extremely helpful, but in turn it means that children are more likely to die. You can blame those pesky industrial accidents all you want, but you’ll get the blame.

Seeing their little ones slaving away will generally lower Hope, and any deaths or injuries will increase Discontent. The alternative option is the introduction of children’s shelters, which keep the kiddies safe and secure and out of mischief. This path leads to the possibility of apprenticing those in the shelters to the workshops or medical posts in future, increasing the efficiency of those building by a fair amount. Each opposing choice locks you out of the opposite’s branch of the Law tree and can’t be undone, making it final for the rest of the game. This is infuriating but removes the option of any back peddling and forces you to stay on course. 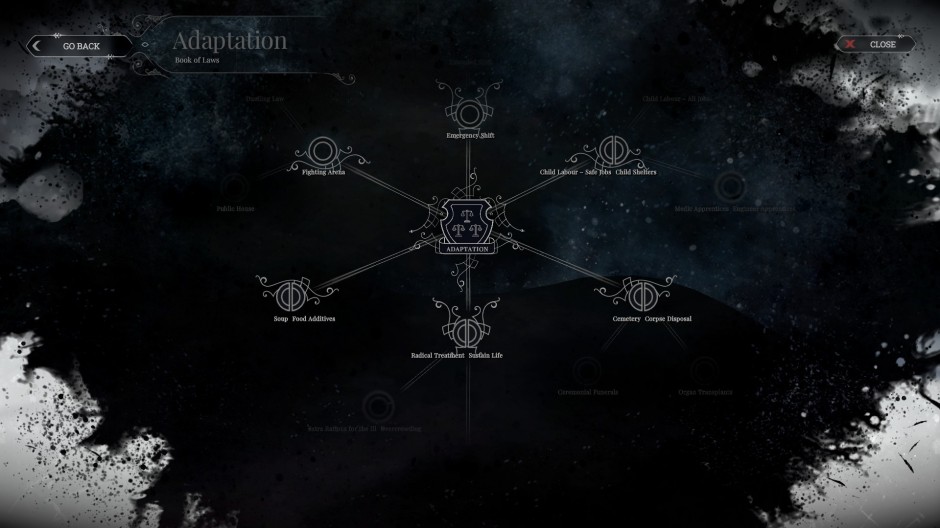 It all adds up to be incredibly compelling. The difficulty and complexity of play lead to a real sense of achievement. You feel a real morale boost when you survive a sudden cold snap or even just the day. However, the general difficulty and pace can come at the expense of enjoyability. It’s not something you can pop in and out of while you wait for the dinner to cook. The main game story is also completely linear, with the same events and choices occurring at the same point each time.

This, to be frank, is a bit boring. I found myself able to get through the first hour or so with increasing ease. Eventually, it was only challenging when I encountered something new for the first time. However, there’s a couple of additional scenarios to break things up if you yawn too much. Furthermore, the game’s success, shifting 250k copies in its first week, means it’s now profitable. This has freed the developers to work on all of their planned additional content and expansions. 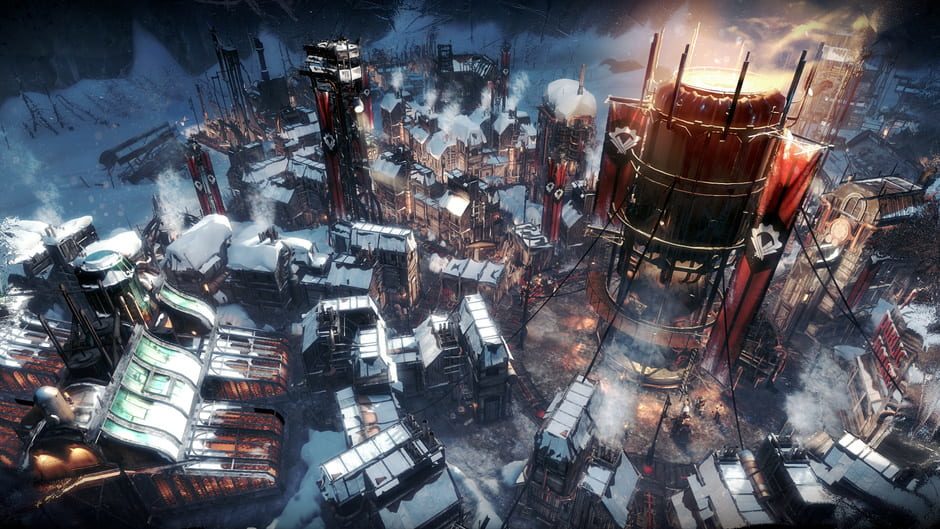 This a game that I have enjoyed and would recommend to anyone who likes city-building and strategy. Having a secret and shameful vein of masochism will probably help as well. It’s a welcome change from the often characterless variations on a theme that litter this genre. When any new content does arrive, I’m sure I’ll be tormenting myself further.