Playing Bomber Crew is like rubbing your tummy and patting your head and hopping on one foot and alternating winking your eyes and spinning in a circle all at the same time.

At first blush Bomber Crew looks like a cartoony take on war, but don’t let the googly-eyed veneer fool you – it’s take on flight management is pure simulation, the type of thing where even the smallest misjudgment could mean the end of your randomly generated squad. Even tackling one of the jobs available, from being a gunner to an engineer to a navigator, is a challenge, let alone micromanaging the entire corps in the heat of battle. 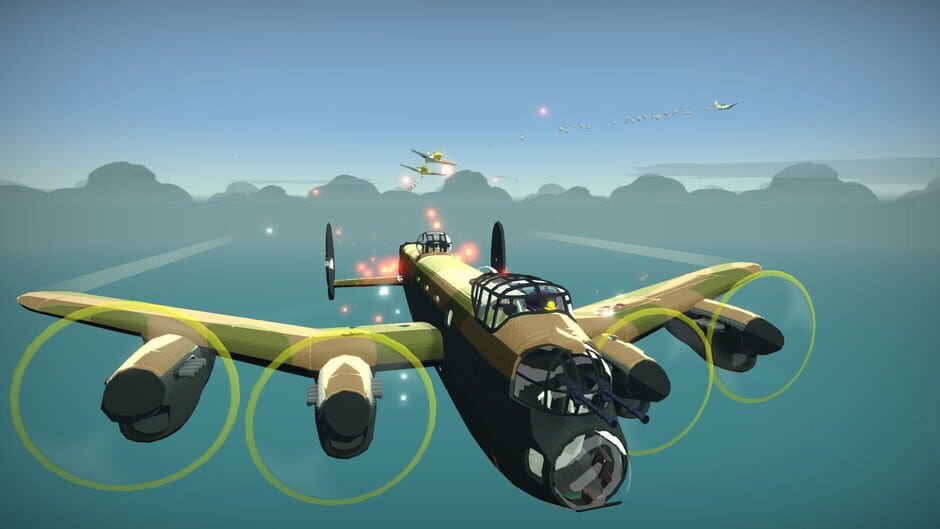 Bomber Crew is tough but fair; more often than not I found myself failing to remember a small bit, like putting the wheels down to land or keeping myself en route to my goal, which often led to tragedy. This is besides the heated battles, where if you don’t make needed repairs you crash or get swarmed by enemies and get blown to smithereens. It’s intense and difficult and lovely.

If there’s anything I’d gripe about it’s that there isn’t much of a learning curve here. It’s more like a mountain that you’re expected to scale. The developers point you in the right direction, but you’ve gotta work out where the rope, crampons, harnesses and carabiners go. But, in their defence, that’s the point of the game: to figure out the nuances of being a virtual commander and being able to not only make the plan but execute it as well.

When you do get over the hurdle of working out what every button does (and every button does do something), you begin to fall into a rhythm of expectations that you then have to apply to various scenarios. The main campaign of the game is flush with things to do, which teach you tricks and feel progressive in the way that the game expects you to do more in each and every scenario. There’s a fantastic sense of satisfaction when you’ve got a well-oiled crew working for you and you feel as if you can accomplish anything.

What Bomber Crew lacks in narrative it makes up for in customization. From your plane to your crew you’re constantly upgrading and dolling up everything to make the experience feel unique to you. The squat heroes of your brigade come across as a little lifeless at first, but after a few missions (and perhaps a Christmas jumper for good measure), it’s easy to become endeared to your randomly generated team.

Bomber Crew is a great game, but you have to know that its balls hard and that failure is how you learn to get better. The tenseness of trying to repair your fuselage under the duress of gunfire can be frustrating, but getting yourself through it is more gratifying because of it. You’ll have to endure feeling like a scrub a few times before you can begin feeling like an ace.

Bomber Crew is available for PC, Mac, PS4, Xbox One and Nintendo Switch. We reviewed the Switch version.

Disclosure statement: Review code for Bomber Crew was provided by Runner Duck. A Most Agreeable Pastime operates as an independent site, and all opinions expressed are those of the author.