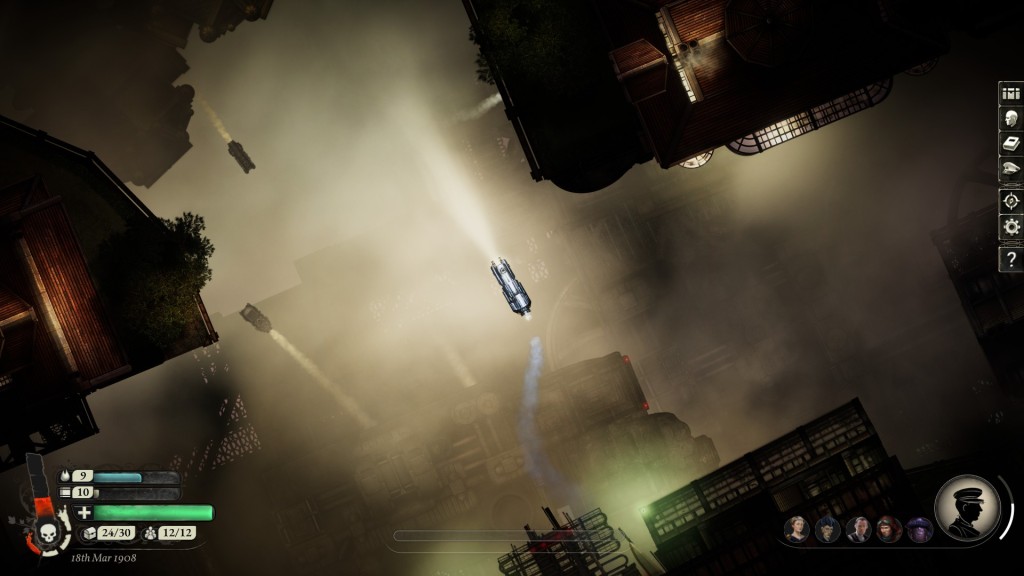 The free Wayfarer update for the brilliant Sunless Skies (review here) launched on 9th April, and it provides some major shake-ups. Chiefly, this involves a complete reworking of Albion, one of the four areas you can warp between in the game, and the home of London in Space. (Well, it’s not really called that, but that’s literally what it is. Or maybe it should be called Risen London?)

I spoke to James Chew, a writer for Failbetter Games, at EGX Rezzed last week, and he said that Failbetter’s chief concern was that Albion felt too empty. At the game’s launch, London was a fairly small settlement surrounded by a ring of not very much, and the developer felt that this didn’t quite fit with the city’s position as the capital of a space empire. So the entire region has been reworked – now, London is a huge warren of buildings, with space locomotives zipping to and fro beneath you, and the edge of the city blurs right into its industrial hinterland, rather than being separated by a ring of fresh(ish) air.

I spent a couple of hours exploring the newly renovated Albion last night, and the change really is comprehensive. London is now a network of industrial corridors, more reminiscent of the twisting paths through The Reach rather than the vast and open area it once was. It’s a change for the better, in my opinion, although I was a little alarmed when I logged in to discover my map of Albion was once again blank as a result of the update. Thankfully, all my story progress in Albion was saved, it just meant I had to re-explore the area from scratch – and to be honest it’s great to have an excuse to discover things anew. Some monuments, like the Avid Horizon, now have interaction options as well, so in many ways it’s like playing the game for the first time all over again.

There are far more changes in the Wayfarer update than the Albion revamp – head this way to see a full list. One of the most interesting, and possibly divisive, changes is that terror levels now increase far more quickly. I like the way this adds tension to exploration, but I think it might be a little extreme – it’s now very hard to keep terror levels below 50%, and there are far more ways to increase terror than reduce it. I suspect this might be toned down again in subsequent patches.