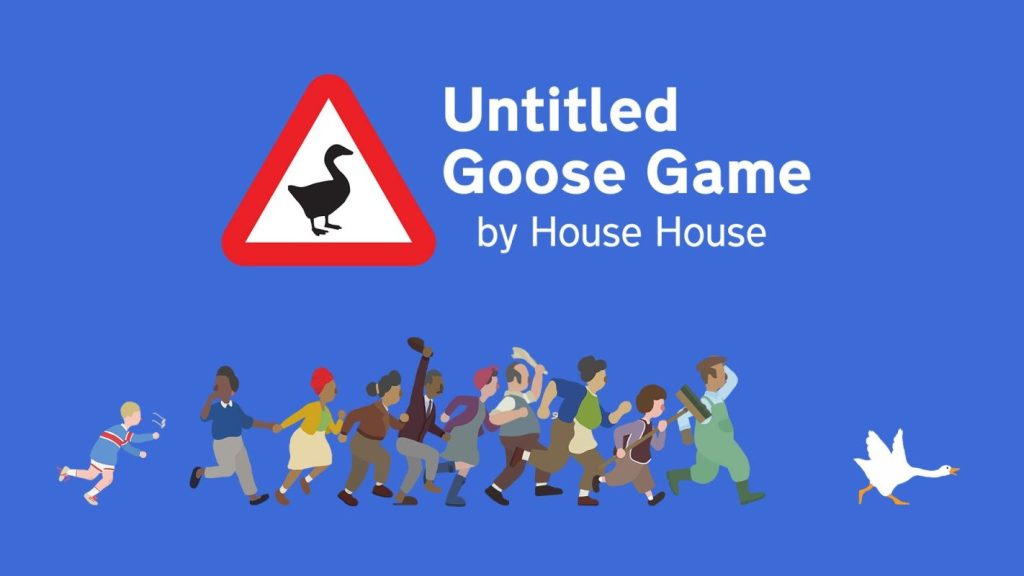 After playing Untitled Goose Game, I’m now of the firm opinion that every game should have a HONK button. Waddling around, honking my head off, has been some of the most fun I’ve had in a video game all year. And imagine my delight when I discovered old goose face could stick its beak in a milk bottle to make comedy echo honk sounds, too. Goosey can even honk through a harmonica. Forget your Sonics and your Crash Bandicoots, Untitled Goose is the best animal to appear in a game in living memory.

In short, Untitled Goose Game is a comedy that, unlike many attempts at video-game humour, is actually very funny indeed. That’s provided you have a strong appreciation for slapstick, of course. I guffawed out loud several times after pulling someone’s chair away as they were about to sit down, knocking a bucket onto someone’s head or causing a man to spit out his tea. It’s that kind of game. And if any of that sounds remotely funny to you, then buy it immediately.

A lot of the humour comes from old goosey himself. The developers House House have perfectly captured that goose waddle, head held resolutely still while the rest of its chunky body lollops all over the place. One of my favourite touches was the indignant flap of the wings that goosey gives whenever he or she is chased off by some irate human, just like a real goose being herded out of a farmyard – not quite being bothered enough to actually spread its wings properly and fly away, but also sufficiently alarmed that a simple waddle isn’t quite enough. Geese are the perfect comedy creatures, when you think about it.

The game itself is very simple – you have the all important HONK button, along with buttons to grab items with your beak and to run. You can also lower your head to snaffle low-down things, as well as flap your wings aggressively – although the latter ability is barely used. Mostly, you’ll just be nicking things and running off with them, angry human in pursuit, or else sneaking up behind some poor unfortunate and scaring the bejesus out of them with a massive HONK.

But despite the simple set-up, some of the puzzles are positively ingenious. Each of the five areas has a ‘to-do list’ of mischief for you to perform, and working out how to manage things like ‘Get someone else to smash the woman’s fancy vase’ had me scratching my head for a while, before that all important eureka moment. The puzzle environments themselves are positively gorgeous, too, and there are some lovely details that really nail the English village setting – tiny things like the blue plaque on the pub wall, and the black and white water-height marker next to the canal. It’s really spot on. If you’ve ever been to or live in England, you’ll be smiling and nodding at all the tiny little references.

The only real downside to Untitled Goose Game that I can think of is its length – I finished the whole thing in a morning, including most of the extra challenges that are unlocked at the end. Which is a real shame, because I was desperate for more goosey fun – here’s hoping House House will treat us to some freshly laid DLC soon. HONK!

Untitled Goose Game was developed by House House and is available on PC and Switch. We reviewed the Switch version.