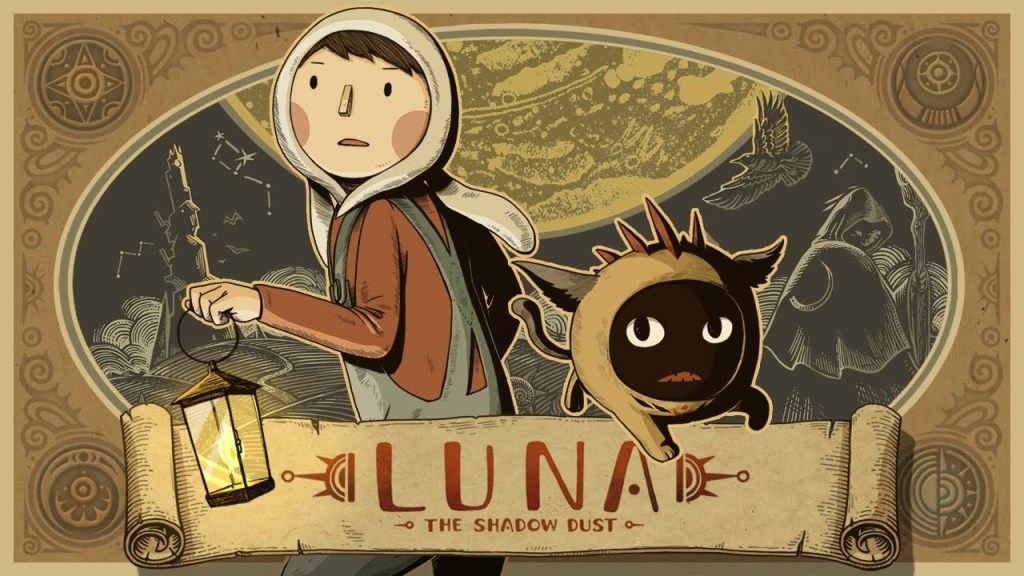 LUNA: The Shadow Dust looks absolutely stunning. And not only that, it has some brilliantly clever and inventive puzzles that are wonderfully satisfying to solve. In short, it’s good.

LUNA is the debut game from Lantern Studio, a tiny developer made up of just four people, and it begins with an unconscious boy descending from the sky in a bubble. After waking, he quickly discovers a huge tower that only appears when a lantern is lit – and this sets up a story in which much of the gameplay involves using light to solve puzzles. Fairly soon, the boy meets a rotund, cat-like companion who can leap into and walk on top of shadows, and the rest of the game sees you switching control between the two of them to ascend the eerie tower.

The controls are very simple – left click to walk and interact, and space bar to swap characters. There’s no inventory or dialogue, and in fact the entire game is wordless. But it creates some excellent, head-scratching puzzles using this simple interface, ones that give you a real jolt of ‘Aha!’ when the solution hoves into view. And part of the reason why they’re so brilliant is because they’re so weird.

There’s a strong Studio Ghibli vibe to the graphics and the game itself, and it particularly reminded me of Spirited Away, with its young protagonist thrown into a confusing and bizarre world. ‘Dream-like’ is probably the best way to describe it, and the shimmering strings of the wonderful soundtrack help to reinforce the otherness of it all. Is the boy asleep? Is this all a dream? What will he find in the next room?

Usually it’s something very strange indeed. And that’s what keeps the game so interesting – discovering bizarre contraptions like a trumpet-shaped apple press or a magical bird organ, and then tinkering with them to find out how they work. It creates a sense of child-like fascination and curiosity. And mostly that’s down to artist Beidi Guo’s amazing drawings. Just feast your eyes on the screenshots scattered over this page – I’d happily hang any of them on my wall.

The downside is that LUNA is fairly short – you could probably finish the whole thing in a (long) evening, depending on how quickly you can work out the puzzles – but then the game is joyous while it lasts. Still, my biggest reservation is probably that I found two of the puzzles a little unintuitive. One involved getting past an obstacle by setting fire to it, putting it out with water, and then using wind to blow the ash away, which seemed odd. Why would you need to blow the ash away? Wouldn’t it be more obvious to use wind to fan the flames? The other puzzle that stumped me was a big clock right at the end – I eventually had to look up how to get past it, but I’m still not sure why the solution… well, was the solution.

Those minor gripes aside, I’d thoroughly recommend LUNA. It’s a slice of dream-like wonder that I will remember for a long time – especially if I buy a print of the artwork to hang on my wall, which I am thoroughly tempted to do.

LUNA: The Shadow Dust was developed by Lantern Studio and is published by Application Systems Heidelberg. It’s available on PC, Mac and Linux.

Disclosure statement: review code for LUNA: The Shadow Dust was provided by Application Systems Heidelberg. A Most Agreeable Pastime operates as an independent site, and all opinions expressed are those of the author.