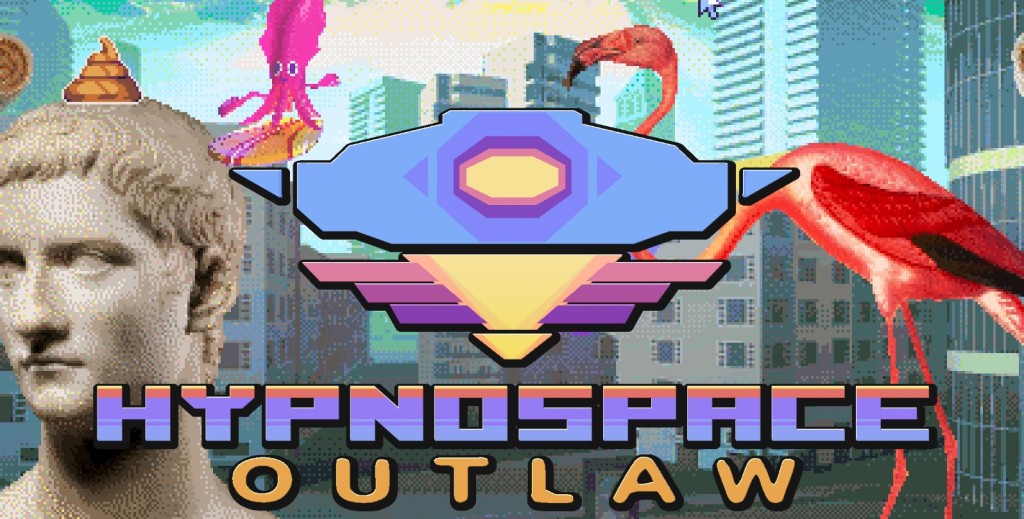 I have never played a game like Hypnospace Outlaw before. It is utterly fantastic, and, quite frankly, you should go and buy it right now if your budget permits.

The game was released on PC and Mac last year after being funded on Kickstarter back in 2016, but now it’s been ported to Switch and Xbox One. I’ve been trying out the Switch version for the past few days, and to be honest, I couldn’t put it down. Like the ’90s internet it so brilliantly imitates, there’s this constant feeling that you’re on the verge of discovering something wonderful hidden away among all the naff gifs and wonky homepages.

In the game, Hypnospace is a late 1990s operating system that you access via a headband while you’re asleep. You play an Enforcer, tasked with scouring Hypnospace’s webpages for anyone violating the code of conduct by, say, posting copyrighted content or harassing other members of the community. But the real meat of the game is leafing through the many Geocities-style web pages and marvelling at what a fantastic job the developers have done in capturing the spirit of the early internet.

Anyone who had a MySpace page or who vividly remembers the joy of seeing a dancing hamster gif for the first time will be in absolute raptures by what Tendershoot has created here. It recalls a time when the internet was naive and still finding its feet, a time when social media didn’t exist, and instead people built wonky fan pages dedicated to their favourite band or wrote long, badly spelled essays about conspiracy theories. It’s all here: the charmingly naff homemade shop pages, the snarky hacker forums – even virtual pets.

But even if you’re not old enough to get nostalgic about the internet of the ’90s, there’s a really solid game here to get your teeth into. As you surf through Hypnospace, you’ll gradually become involved in the evolving stories and dramas of the community you find there. And tracking down rule violations also advances the plot, which pushes the game forward a few weeks at a time. As the game unfolds, you’ll witness friendships forming, relationships breaking down and outside events having a huge impact on the people you’re keeping an eye on.

Spotting rule violations isn’t just about mindlessly flipping through page after page, either. In reality, this is an elaborate detective game, where you’re following leads and deducing your next move. The case you’re given, whether it’s finding malicious software or deleting illegal images, might involve uncovering hidden pages that aren’t listed on the main Hypnospace zones. These pages can only be found by typing in the right search term, and you’ll have to follow a trail of clues on the main pages to work out what to type. Towards the end of the game, you’ll also need to unlock secure sites by finding well-hidden passwords or downloading secret software. The final case in particular is incredibly complex and convoluted, and you’ll feel like a genius for piecing it all together.

Considering Hypnospace Outlaw is designed to emulate a PC desktop, I was worried that it might lose something on console, but the Switch version I played worked surprisingly well. In handheld mode, the touch screen is perfect for typing in search terms – which you’ll be doing a lot – and the analogue-stick controls stand in well enough for a mouse. That said, some of the buttons are too tiny to accurately stab with your finger, and I came away feeling that I’d rather have played it on PC with a mouse, given the choice. Although on the plus side, playing on Switch meant that I always had it near me, ready to pick up and play whenever I was struck by inspiration for a new lead on a case that had me stumped.

I also wish that I hadn’t zoomed through it all so quickly. By the time the credits rolled, I’d only visited about a third of the webpages in the game, and I wish I’d taken more time to visit them all. Mostly this was down to necessity – I was trying to finish it in time to do a review for the console launch, and I’m particularly busy with work at the moment, which means I don’t have much time spare for playing video games. But if you buy Hypnospace Outlaw for yourself, I’d recommend playing it at a much more leisurely pace, exploring as much as you can, and paying attention to the various stories that gradually unfold across this beautifully created ’90s microcosm. The more you put in, the more you’ll get out.

Hypnospace Outlaw was developed by Tendershoot and published by No More Robots, and it’s available on PC, Mac, Switch and Xbox One. We played the Switch version.

Disclosure statement: review code for Hypnospace Outlaw was provided by No More Robots. A Most Agreeable Pastime operates as an independent site, and all opinions expressed are those of the author.