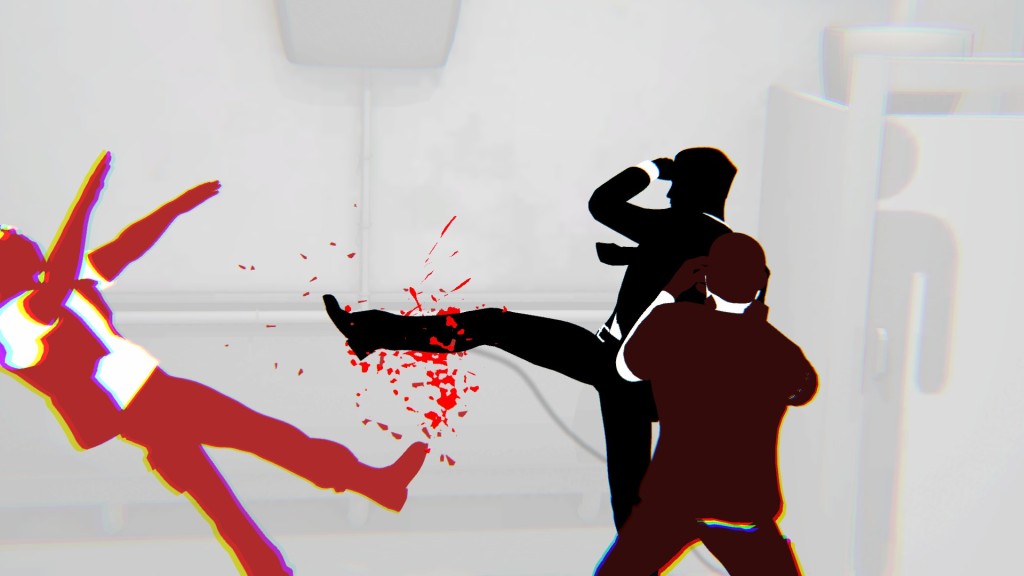 Fights in Tights Spaces was one of the titles that really stood out from last year’s Not E3 conferences. The name is wonderfully self-explanatory, but the added wrinkle is that it’s a turn-based deck-building game. That means fights take place in a staccato fashion, with you and the enemies taking turns to trade blows – but when you hit replay at the very end of a fight, all the moves you’ve used flow together, so you can see what the tussle would have looked like in real time. It’s pretty cool.

In terms of mechanics, we’re in familiar deck-building territory. You pick a deck at the start of a run, each of which has a theme like ‘Balanced’ or ‘Counters’. Then you plug away through a series of fights in an effort to reach the big boss, gaining new cards along the way and earning cash which you can use to heal or increase your max health at medical rooms, or save up to buy or upgrade cards when the opportunity arises. As ever with these games, it’s a case of building an efficient deck with cards that work well with each other, like combining a ‘Push’ card with a ‘Flying kick’, so you can push the enemy back and then leap straight at their face.

But the best bit is manipulating the baddies so they end up hurting each other. Some cards let you slip past enemies, shift them to the side or knock them back, and it’s supremely satisfying to juggle the enemies about so that the end up shooting or whacking each other. It’s like a comedy version of James Bond at times, and all the better for it.

I’ve only spent a couple of hours with the Early Access build, but I’ve had a great time, even though I’ve still yet to make it to the first boss. I’ve come close though, and the difficulty seems pitched about right, with the extra health points you earn carrying over into subsequent runs. My only real criticism at this stage is with the Events which crop up every now and then, which work in a similar way to those in Slay the Spire. You’re given a scenario with a binary choice, but the scenarios I’ve encountered so far are pretty dull, and the penalties for picking the ‘wrong’ choice are far too harsh – like when I chose to meditate with a monk and he nicked practically all of my cash. I spent the rest of my time with the game avoiding the events wherever possible as a result.