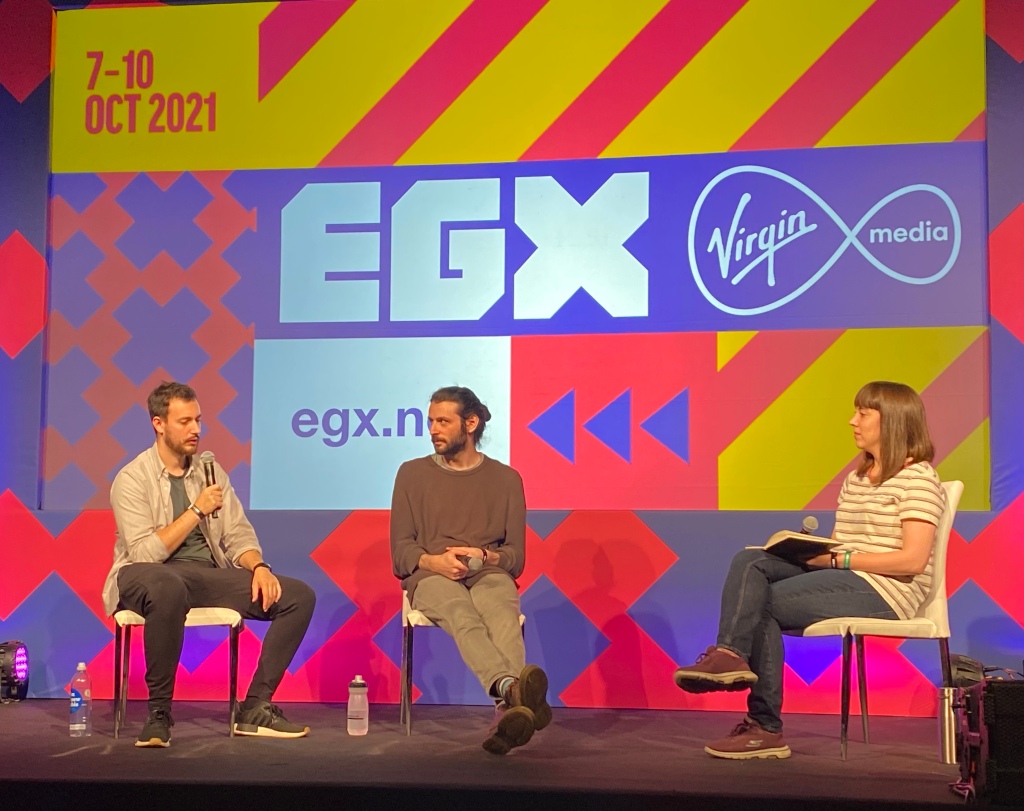 Ah, it’s good to be here again. The last EGX was all the way back in October 2019, and it marked the last big gaming show I went to before everything started locking down in the wake of the coronavirus pandemic. So it was wonderful to walk through the halls of the London ExCel centre once more – it felt like a little slice of relative normality returning, as well as a reminder of how important face to face contact can be. In just one day, I made tons of connections and found out loads of things that I wouldn’t have known about if I’d been stuck at home in front of my computer.

EGX isn’t quite back at full force, mind. The show was noticeably smaller than usual, and there were far fewer exciting previews of big upcoming games – nothing like the secretive Cyperpunk 2077 demos of 2019, for example. Partly that could be down to the relatively sparse release calendar for AAA titles, itself attributable to delays induced by the pandemic. But I suspect it’s mostly due to dev teams and publishers being unable to fly in as a result of quarantine restrictions – although there were some innovations to get round this. At one point I was sitting down, playing a PC game with headphones on, when I suddenly heard a “Hello?” in my ear. I looked across, and there was the developer on a little screen next to my monitor, ready to chat over Discord. Marvellous. In fact, there were quite a few developers ready to talk over video calls, and it was a neat way to get around the inability to travel from abroad.

Unfortunately I only had a single day to sample the delights of EGX this time around, rather than the full weekend, but here are the games that leapt out at me as I dashed hither and thither on the show floor.

Silt was probably the most intriguing game at the whole show. Apparently it all started with the beautiful, unsettling artwork of Tom Mead (@mrtommead) – the developers then decided to make a game around Tom’s weird visions. It certainly looks gorgeous with its moody black-and-white undersea landscapes, and the gameplay is a mixture of awe and terror as you serenely explore these eerie caves, then die horribly in the jaws of something with far too many teeth.

There are a few rough edges that need to be sanded down – the loading times are far too long, for example – but this is still an early demo, and the full game is probably around another year away. I will track its progress with high anticipation.

Inua – A Story in Ice and Time

This was a real find: a game about the lost Franklin Expedition of the mid-1800s. Franklin was attempting to find the fabled Northwest Passage over the top of Canada, but his boats – the Terror and Erebus – were lost in the ice, and search parties couldn’t find head nor tail of the missing sailors. Inua imagines what could have happened, switching back and forth between a modern-day journalist investigating remains of the lost ships, and the desperate crew of the Terror as the supplies begin to run low.

This CRPG from Team17 is set in a post-apocalyptic Australian Outback, which is such a gift of a setting that I can’t think why more games haven’t used it. About a hundred years have passed since the world went to ruin, and the world is a mix of those attempting to build a new society and those trying to tear it all down. Like Fallout and Disco Elysium, you have a choice of stats that will affect which options are open to you at certain points.

This follow up to the point and click adventure Lamplight City sees you take on the role of Spitfire Hurley – sister of the previous game’s protagonist – as she arrives to take up a newspaper job in the Wild West town of Rosewater. Hurley is enjoyably badass, and the dialogue is incredibly fun, with your choices affecting how other characters interact with you. I loved the short slice I played, and it’s made me want to go back and dig out Lamplight City right away, a game that I stupidly let slip by me first time around.

You Suck At Parking

The Leftfield Collection is always a joy at EGX, and You Suck At Parking was a big favourite with punters – there was a queue for it every time I passed. Essentially you have to race to park as quickly as possible, negotiating ramps, jumps and hairpins along the way. It’s thoroughly addictive, and it helps that you can restart instantly if your parking attempts go fantastically awry, which they will do on a regular basis. I can see this being a massive hit with streamers!

Tormented Souls is out now, but EGX was the first time I’ve come across it – and what a blast from the past it is. This is a love letter to classic survival horror (you can even use tank controls if you want), and the backdrops are astonishingly, gorgeously detailed. I enjoyed the puzzles in the short section I played, which hark back to the generator fiddling of the original Resident Evils, although I’m not a huge fan of the slightly weird-looking character faces, and the controls were a struggle to get used to. Still, otherwise this promises to be an enjoyable return to the days before survival horror games diverted down the path to action.