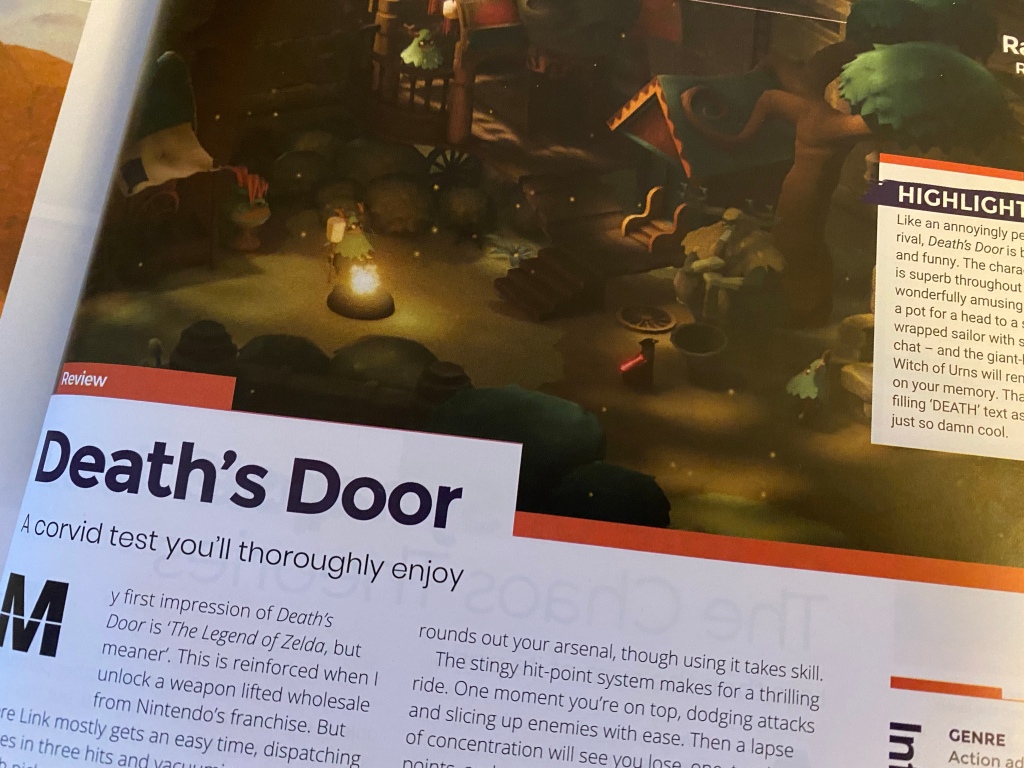 My review of Death’s Door is in the lastest issue of Wireframe, and I’m pleased to say it’s one of the best games I’ve played this year. It makes a magnificent job of feeling very much like a highly polished Zelda game, yet it’s the work of just a two-person studio. Impressive stuff indeed.

Still, although it has the feel of a Zelda game, this is very much Hyrule on hard mode. Combat is slick and enjoyable, but incredibly hectic in places, and downright frought in others. Yet despite the difficulty – or perhaps because of it – I found Death’s Door to be utterly compelling. I liked it so much that I made a point of going back to collect every single item in the game, unlocking the intriguing secret ending along the way. And I also sought out the developers to ask them just how they managed to create such a brilliant homage to the Zelda games.

You can find my review of Death’s Door in issue 55 of Wireframe – and you can download a free PDF of the issue right here.