After Samus climbs into her gunship and blasts into space at the end of Metroid: Samus Returns, we’re treated to a lovely little tease: an X parasite attacks a Hornoad, turning it into a ravenous purple beast. The Chozo originally created the Metroids so that they would prey on the deadly X parasite. But then the Metroids mutated and went on the rampage, which is why Samus is now trying to eradicate them.

With all of the Metroids gone, however, there’s nothing to keep the X parasite in check. This sets us up for the events of Metroid Fusion, in which Samus gets infected by an X parasite herself, and then spends the game trying to eradicate the newly emergent fauna of SR388.

BUT! Even more interesting than that are the Chozo Memories that are revealed if you collect 100% of the items in the game. Specifically, the final, enigmatic memory.

There are ten memories – one for each of the ten areas – which show the Chozo, an ancient, bird-like race, colonising SR388 and digging out caverns beneath the planet. You can even see the Diggernaut that you face as a boss. But it all goes wrong when the native X parasite is found, so the Chozo engineer the Metroids to prey on the parasite. But then the Metroids go berserk after mutating, so the Chozo flood the planet with toxic purple chemicals to stop the Metroids from spreading. The final scene is the Chozo apparently thanking another one of their number for helping with the containment.

However, if you get the 100% ending, scary music starts playing, and this final scene morphs into one where the apparent saviour guns down the unarmed Chozo with an arm blaster eerily similar to Samus’s own. The assassin turns to the troops in the background with arm raised – could this be a military coup? 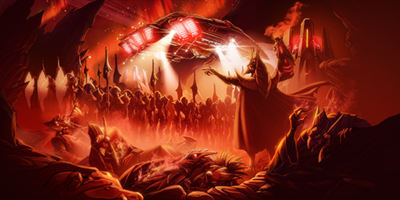 I found this Reddit thread that suggests it could be a reference to the True Chozo, a war-like splinter group. They attempted to overthrow the Chozo leaders by force, but ended up being exiled. Their origin was explained in an online interactive story run by Nintendo Power Source, which was an official Nintendo community on AOL in the United States. It seems the True Chozo ended up in a war against the Bounty Hunters, including Samus Aran.

It’s not clear whether any of this is canon, but the ending of Samus Returns does provide a heavy hint that some sort of military Chozo splinter group exists, a group that so far hasn’t made an appearance in any of the mainstream Metroid games. It may well be that this ending is setting up a possible 2D Metroid sequel to Samus Returns in which the True Chozo – or whoever they turn out to be – are the primary antagonists. Here’s hoping we see more of them in a forthcoming game.

And speaking of the Chozo in general, we’ve still yet to find out what on earth has happened to them. Metroid lore says that Samus was raised on Zebes by the Chozo after her parents were killed by a Space Pirate attack on the human colony of K2-L. She ended up being infused with Chozo DNA (which I have to say, is a questionable childcare practice), and left as an adult to join the Galactic Federation, later becoming an independent Bounty Hunter.

We know that Zebes was invaded by the Space Pirates after Samus left, as this is central to the plot of Metroid and Super Metroid, but we have no idea where the Chozo went. It’s likely that they are still around somewhere, as Zebes and SR388 are just two of the many planets they’re known to have colonised. And we still haven’t seen their homeworld. It’s intriguing that throughout the many Metroid games, we’ve seen countless Chozo artefacts and items of technology, yet we’ve barely seen the Chozo themselves, even though we know Samus was raised by them just a few years before the events of the first game.

Could the ending of Metroid: Samus Returns be a hint that we’ll see a lot more of the Chozo in future?