Steel Rats is ludicrous, and all the better for it. Basically, you ride a motorbike with a chainsaw wheel, which you can use to mow down robot baddies. And if that sounds like really good fun, that’s because it is really good fun. As soon as I sat down to play the demo at EGX Rezzed, I had a massive grin plastered across my face – and it didn’t fade until I reluctantly passed back the controller to the developer. 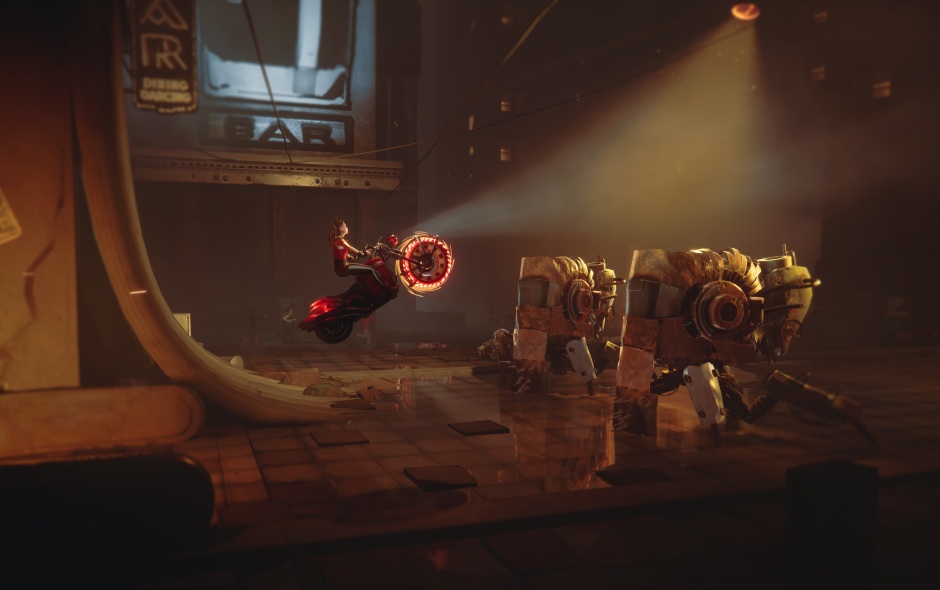 Think Trials HD but set in an old biker movie with Terminator-style robots and you’re not far off the feel of this game. The levels are 2.5D, so it’s a left to right affair but with nice 3D backgrounds and some limited movement into and out of the screen. But the real joy of the game is in the bike controls. You can fling your motorbike every which way with abandon, spinning it in circles to take out the smaller robots and ramming head on into larger ones to cause carnage with your chainsaw wheel. 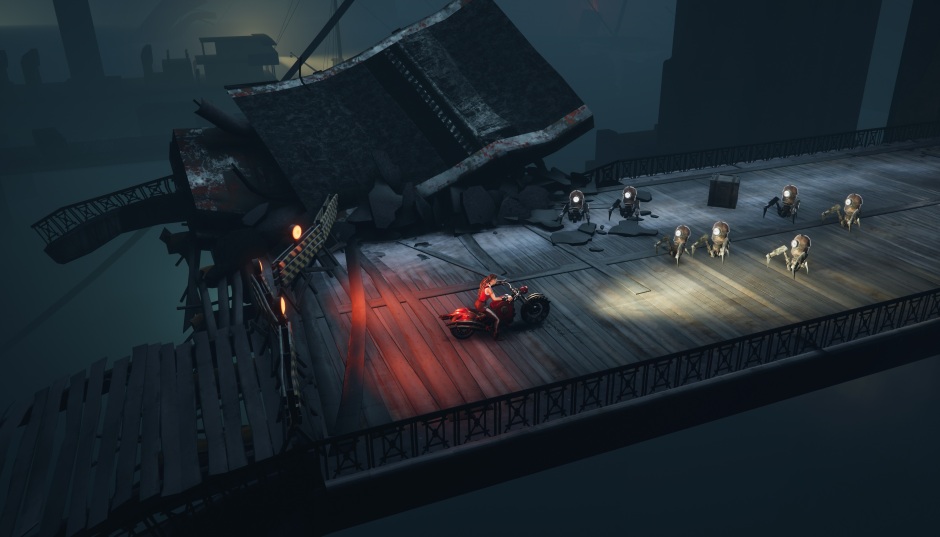 The controls are brilliantly precise, which is what makes it all so much immediate fun – it’s clear that the Polish developer Tate Multimedia has spent years honing its bike-recreation skills with its series of Urban Trial bike games. The handling feels spot on, and hurling your steed around the dieselpunk levels is pure joy. I also particularly love that slow motion is activated by default whenever you leap into the air from a ramp, so you can watch the glory unfold as you ram your chainwheel into an unlucky robot’s head, or make a daredevil leap across the rooftops with centimetres to spare. The chainsaw wheel isn’t just useful for mashing robots, either – you can also use it to drive up sheer walls. Which is obviously very cool indeed. 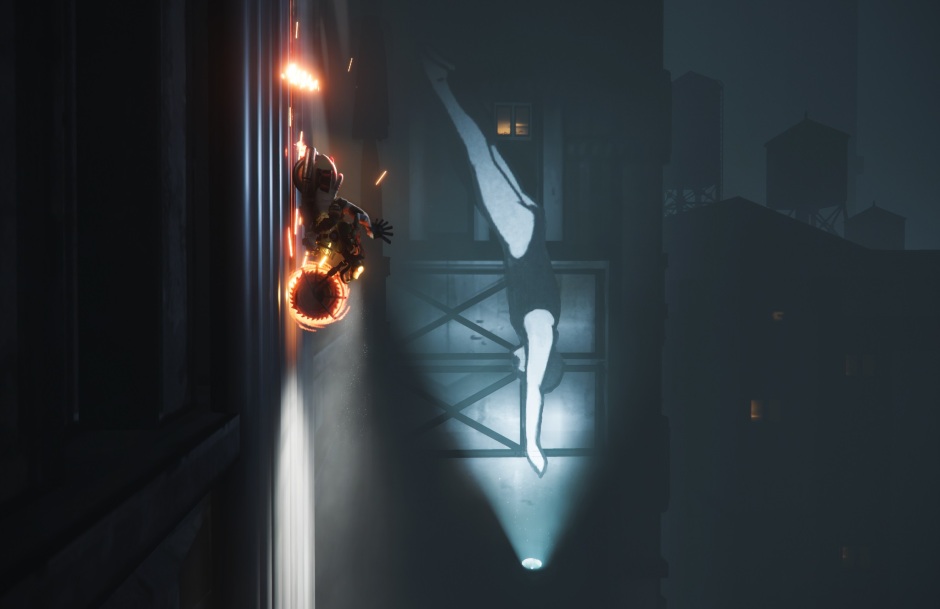 The game takes place in an alternative 1940s in which robots have invaded for some reason or other (the devs are keeping the precise plot details under wraps for now). The upshot is that your biker gang has decided to take on the invaders by souping up their bikes with advanced technology – each biker has a special weapon, which include missiles and shields, and you can swap between the four characters on the fly. Each character also has specific stats, so one, for example, is much speedier and can make huge leaps to get to parts of stages that the others can’t. But if one character dies, then they become unavailable for the rest of the level – if all four die, you have to restart. 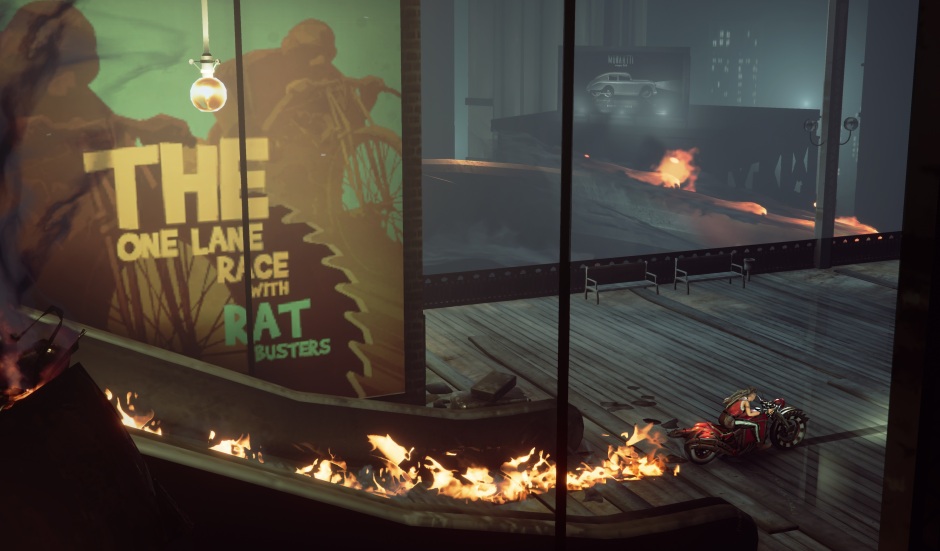 Overall, Steel Rats is shaping up to be a really fun and totally over the top game, with a pretty unique take on motorbikes. I liked the way that the levels I played had different routes through them, so it seems that exploration is as much a part of the game as chainwheel carnage – my only worry is that chewing through baddies with your wheel o’ death could get a little repetitive. Hopefully the game will introduce different ways to take on enemies as the game progresses.

Steel Rats is due out on PC, Xbox One and PS4 later this year. In the meantime, check out our coverage of the best games at EGX Rezzed 2018, with special previews of the spiffing looking State of Mind and Disco Elysium.