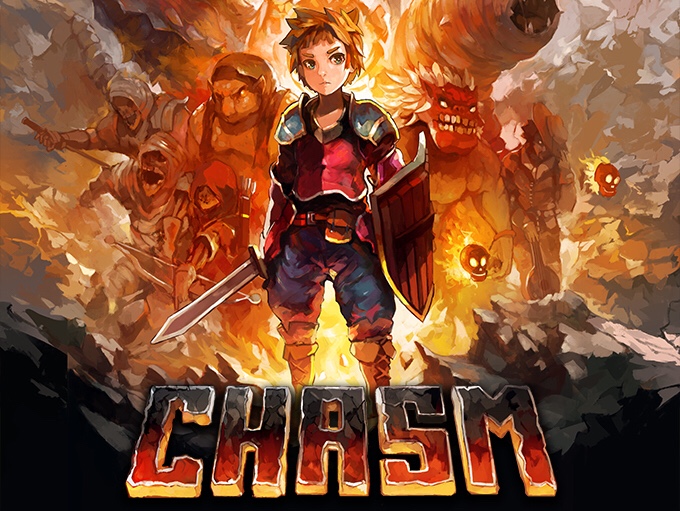 This post is part of Metroidvania Month (if a bit late).

Chasm has been years in the making, and the result is a solid, beautiful Metroidvania game that is right up there with the best in the genre.

Whereas the recent Iconoclasts merely paid lip service to Metroidvania tropes, Chasm is very much a Metroidvania proper, with around a dozen items to find that boost your abilities and allow you to explore previously inaccessible areas. In addition, you can level up your character by defeating enemies, gradually boosting your attack, defence and magic stats. 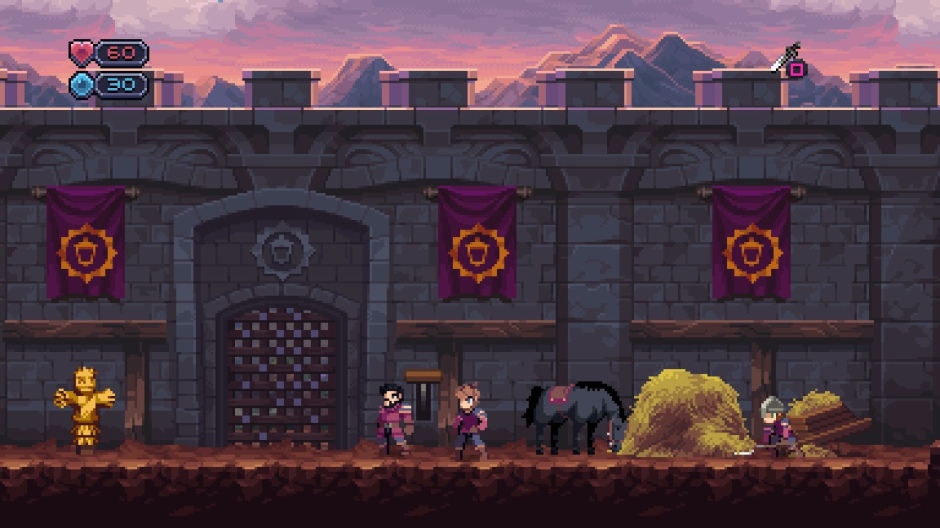 The game starts you off as a rookie knight who is charged with investigating the appearance of monsters at a nearby village. When you get there, you discover that all of the villagers bar the mayor have been kidnapped, apparently spirited away into the mines by foul beasts. It’s up to you to rescue them and discover the source of the monsters that are spewing forth from underground.

Rescuing the villagers is one of the best parts of Chasm. Each one heads back to the village and provides a handy service – the blacksmith can forge weapons, for example, and another villager can brew health potions. Each of them also gives you a side quest that unlocks extra perks if you complete it. Filling up the deserted village with happy folk was probably the game’s best feature.

In terms of actual gameplay, Chasm is decidedly old school. Health-replenishing food drops are vanishingly scarce, so you’ll spend most of your time carefully monitoring your hit points. Save rooms are scattered few and far between, and if you die, you lose all progress since your last save, getting dumped back to the title screen. This means that exploration comes with a constant state of low level anxiety over how far you are from the next save room – but this is what makes exploring in Chasm so exciting. You’re constantly questioning whether you can make it to the next save. If you take a battering in one room, you’re left with deciding between pushing on into the unknown with low health and hoping a save room is coming up soon, or doubling back to the last save – although that means fighting back through the enemies you’ve just faced, which respawn as soon as you leave the room. More than once I made it to a save room by the skin of my teeth – and many other times I didn’t make it at all.

The weapons and abilities are pretty old school, too – there’s nothing more fancy than a sword or an axe, and the tricks you learn are the classic platform staples of things like ledge grabs and wall jumps. But despite the basic tool set, fighting is brilliant fun thanks to the varied range of enemies. There are more than 80 unique monsters to fight, and they all have slightly different attacks and stats, so you regularly come across new foes. One of the game’s great thrills is stumbling across a new baddy and gingerly working out the best strategy for dealing with them. Even better is the feeling of mastering the technique for seeing them off, and subsequently cutting swathes through bad guys that once had you cowering in fear.

And I’m a big fan of the nifty jump-back move, which you can use to swiftly step away from sword thrusts and the like before launching a counter attack. In fact the controls as a whole are totally spot on – it’s a real joy to play.

That said, it is hard – at least at the start. In the first couple of hours my death count was in the double figures, and the difficulty really spiked at the second boss. But then, weirdly, it gradually got easier. As you rescue more villagers, you get access to things like health potions and weapons that make the whole thing much easier to tackle – to the point where I beat the final boss on my first go, whereas earlier ones took countless retries. This didn’t spoil the game for me necessarily, but it does seem the difficulty balance isn’t quite right. And it’s also handy knowledge for new players – if you find it hard at first, don’t be put off. 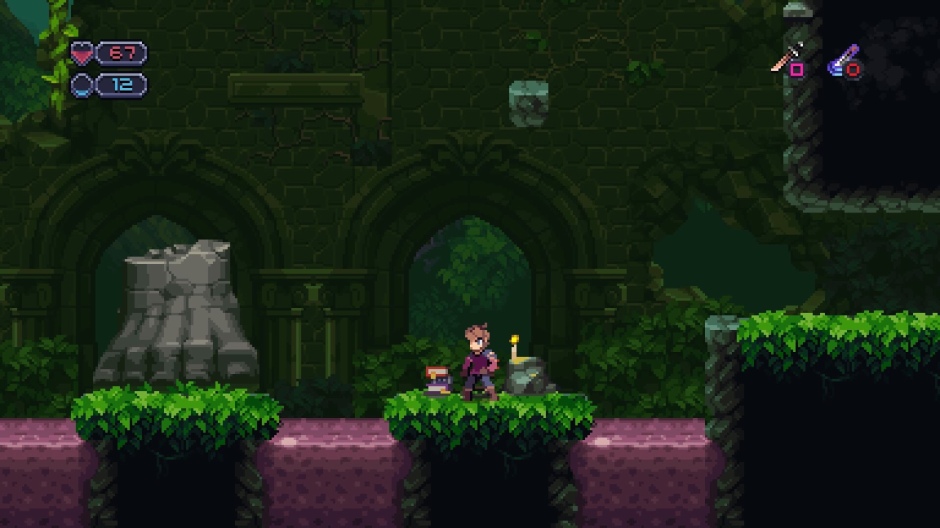 I was also a little disappointed that the various equippable armour you get doesn’t visually change your character – that particular trait seems a bit too old school. I just had to imagine that my knight was wearing a gold helmet, for example, even though he was clearly hatless. Some of the magic attacks you get are also fairly useless. I pretty much used the magic daggers throughout, and ignored fiddly ones like the magic boomerang.

But this is mostly nitpicking. Chasm may not innovate much – we’ve seen almost all of its tricks elsewhere – but it plays brilliantly and looks utterly wonderful. The pixel art is superbly animated, and I particularly liked the massive range of enemies to fight. Plus the music is really great – I found myself humming the tunes after I switched off the game. If you’re looking for a new a Metroidvania game to add to your collection, you can’t go wrong with this one.

Chasm is available for PlayStation 4, Vita and PC, and will be coming to Switch soon. We reviewed the PS4 version.

Disclosure statement: Review code for Chasm was provided by BitKid. A Most Agreeable Pastime operates as an independent site, and all opinions expressed are those of the author.