The upcoming SNES mini has a superb line-up of games built-in, not least the so-far-unreleased Star Fox 2, finally making its debut more than 20 years after it was finished. As a reminder, here’s the list of stone-cold classics it will ship with:

But even though the line-up is excellent, there are tonnes of titles that we think could or should have been included – after all, the Super NES has an enormous catalogue of utterly fantastic games. So, if memory constraints and licensing issues were no object, these are the games, in alphabetical order, that we’d like to see added to the already wonderful roster of the SNES mini… 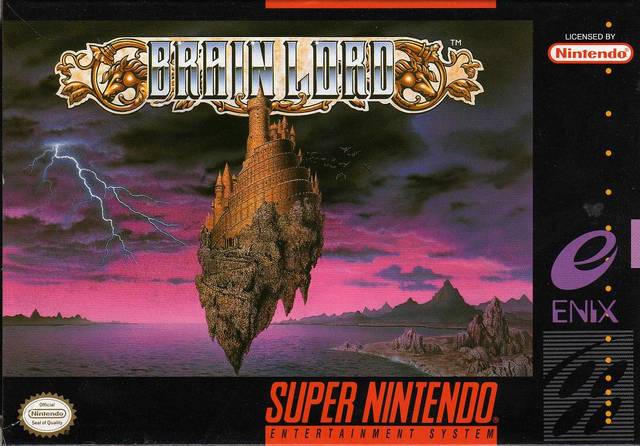 BRF: Brain Lord was basically a clone of Link to the Past, but with a bit more RPG elements thrown in and a greater emphasis on the puzzle aspect. It’s an often overlooked game by pre-merge Enix.

Lucius P. Merriweather: A lot of people have already expressed dismay that this game isn’t on the SNES mini – it’s widely regarded as the best RPG on the Super NES, and one of the best JRPGs ever. I’ve never had the chance to play it myself – not least because it was never released in Europe for REASONS – and I’m a bit gutted I won’t be able to sample its timey-wimey shenanigans on the SNES mini. Guess I’ll have to track down the Nintendo DS version instead. 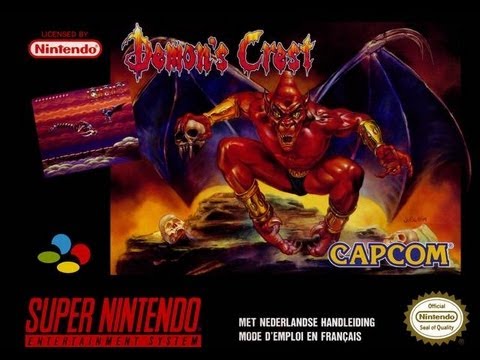 LPM: This is sequel to Gargoyle’s Quest on the Game Boy and Gargoyle’s Quest II on the NES. In a neat twist, the games in the series have you take control of one of the baddies from Capcom’s Ghosts ‘n’ Goblins – a gargoyle named Firebrand, who has to save his world from someone even nastier than he is. The original Game Boy title was one of the best games on the handheld thanks to its nifty controls and levelling system – far better than the game it spawned from, in my opinion. 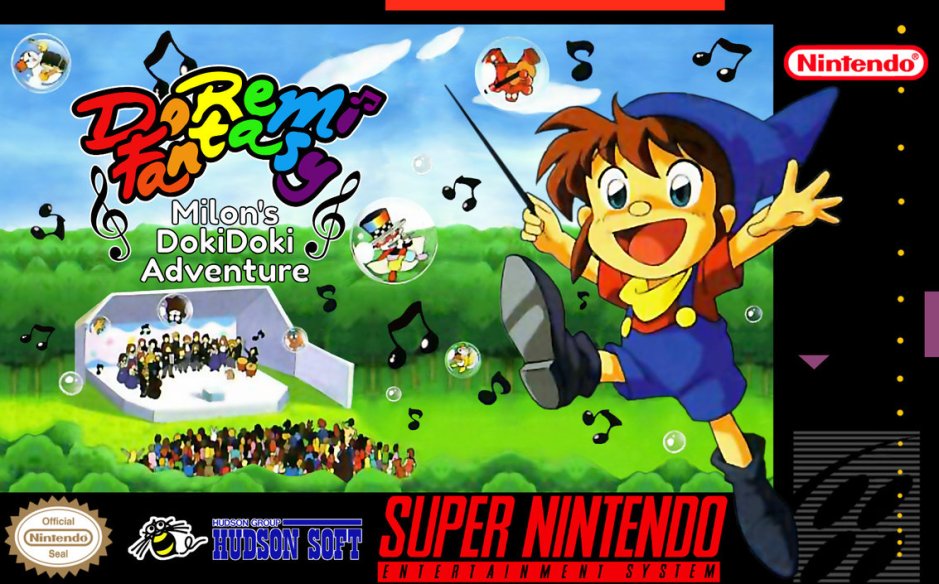 Professor GreilMercs: Lucius mentioned this in his Skyblazer post, and by coincidence I had just finished playing through it. I’m one of the few people who was a fan of Milon’s Secret Castle, DoReMi Fantasy’s oftentimes obtuse and frustrating NES predecessor, but this game is a completely solid platformer from start to finish. The game oozes with charm and features everything you could want in a platformer, including a lovable hero, great graphics, loads of variety, and fun locales, powerups, and enemies. FYI, DoReMi Fantasy was made available on Wii’s Virtual Console and is well worth a download despite its Japanese-only text. 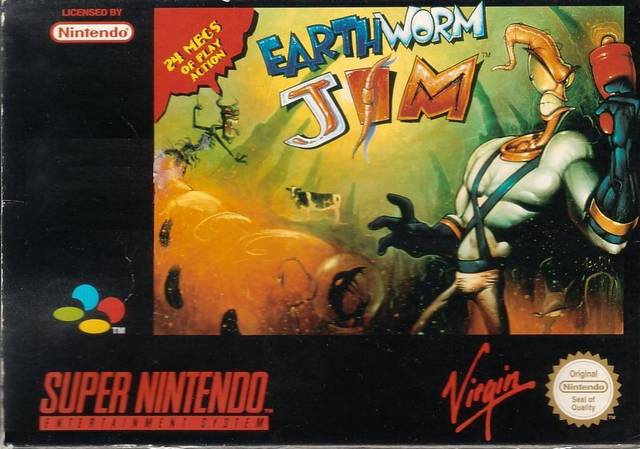 LPM: As an impressionable young child, I thought Earthworm Jim was one of the funniest games EVER. The game’s best gag is that [SLIGHT SPOILER ALERT] at the start of the first level, you jump on a see saw to launch a cow into the stratosphere, seemingly for no reason. Then right at the end of the game, long after you’ve forgotten all about it and just as you’ve rescued the princess, the cow comes hurtling down and crushes her completely. Man how I laughed.

BRF: Another essential title, Flashback was available on many other platforms, but it’s just so good of a game that I can’t go without mentioning it. It’s a spiritual successor to Out of This World (aka Another World) with many improvements on the formula, making it one of the best sci-fi action-adventure games ever made. 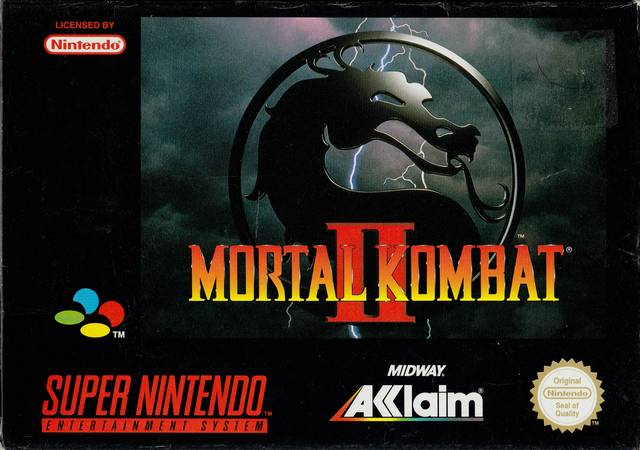 LPM: Yeah, so they made the blood green, but Mortal Kombat II was still an absolute blast on the SNES. Turning into a dragon to bite your opponent in half is still the BEST EVER MOVE IN A FIGHTING GAME. The gore was also still ridiculous and poorly rendered enough to be funny, unlike the modern games in the series – which frankly make me feel sick. Watch this video of the finishing moves in Mortal Kombat X and tell me you don’t feel queasy by the end of it. 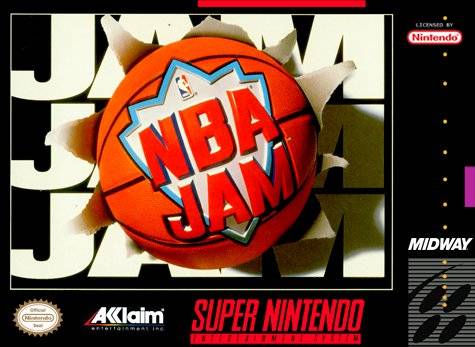 LPM: I have absolutely no interest in basketball. I don’t even really know the proper rules. But I LOVED NBA Jam. Probably because NBA Jam doesn’t really have much to do with real basketball, unless players can actually leap 4o feet into the air and set balls on fire in real life. I was lucky enough to own a SNES multitap, and 2 vs. 2 matches of NBA Jam were a chaotic delight.

LPM: I was genuinely surprised that this game didn’t make it onto the SNES mini. As one of the SNES launch titles, it was a revelation – who knew that a hang-glider simulator could be so much fun? It’s an idea that came out of nowhere and left a profound mark, yet it’s only been repeated once more, with Pilotwings Resort on the 3DS. If any game is testament to the Super NES’s wealth of original titles, it’s this one.

PGM: Kirby’s Avalanche was the first SNES Puyo Puyo game released outside of Japan and is better-known than its Japan-only sequel Puyo Puyo Tsuu. Both games feature addictive Tetris-like puzzle gameplay with a fun and not too complex combo system, but the tweaks added to the sequel make for much more enjoyable battles. The main change in Tsuu is that you can counter the garbage blocks your opponent sends to you, which can lead to tennis-like sequences of volleys and returns in the form of attacks and counterattacks. Previously import only, Puyo Puyo Tsuu was actually released internationally at the same time as DoReMi Fantasy on Wii’s Virtual Console, and is a classic that is definitely worth a look. It or Tetris Attack would have superbly filled the puzzle game hole in the otherwise great SNES Classic Mini line-up. 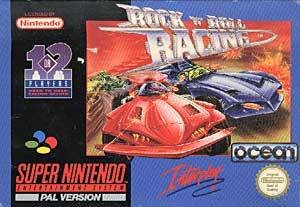 LPM: What did Blizzard do before World of Warcraft? Well, back when they were known as Silicon & Synapse, they made the fantastic isometric racer Rock ‘n’ Roll Racing, in which you blitz around futuristic race tracks while blowing up your opponents with missiles, all to the sounds of Black Sabbath and Deep Purple. It is exactly as much fun as it sounds.

BRF: An excellent cyberpunk action-rpg. It’s not the prettiest thing on the Super Nintendo, but it makes up for it with a fascinating story and a lot of nice, tactical combat. 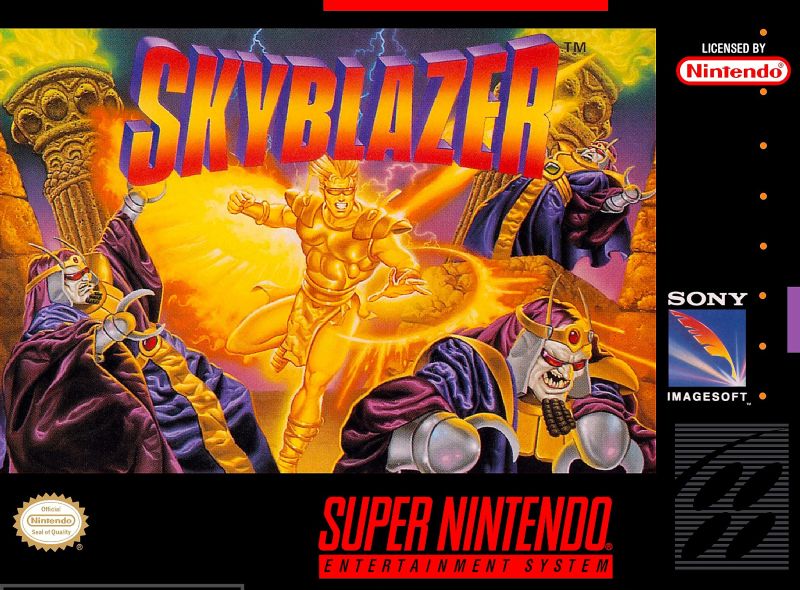 LPM: One of the SNES’s long-forgotten gems. In fact, I myself had completely forgotten about it until just last week, when my memory was jogged by watching a video that mentioned it. Go back and read this post to see why this is a must-play game. 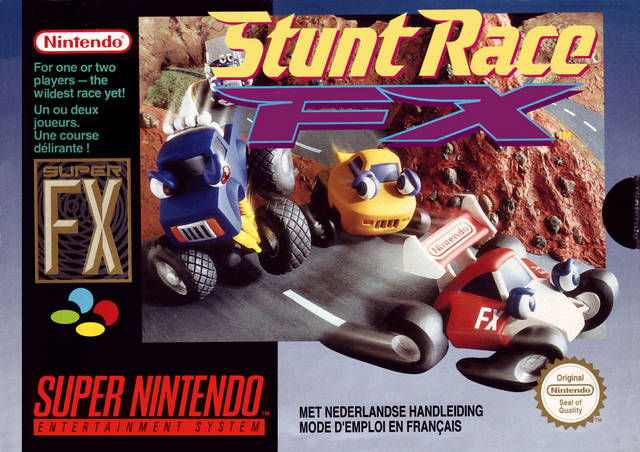 LPM: The SNES mini has a few games that used the famous Super FX chip – namely Star Fox, Star Fox 2 and Yoshi’s Island – so it’s a shame they couldn’t squeeze the excellent Stunt Race FX on there, too. The chip let the Super NES to rudimentary 3D, and Stunt Race FX has you racing around in big polygon cars with blinking, googly eyes. It was fantastic fun, but it never received a sequel, and it’s never been re-released, so it’s a crying shame it was left off the SNES mini roster – I’d have loved to have played it again.

LPM: In single player, Super Bomberman was OK. But in multiplayer, it was like gamer crack. Oh the summer afternoons I lost to this game, blinds pulled against the sun, locked in explosive combat with my friends as the hours ticked on. And if I could go back, knowing everything I do now? I WOULDN’T CHANGE A THING.

LPM: The Super NES essentially had an arcade perfect port of Smash TV thanks to its canny button layout. The four facia buttons replicated the second joystick of the arcade cabinet, so you could move in one direction while facing another – something that couldn’t be done at the time on the three-button MegaDrive, much to my Sega-owning friends’ disgust. Still one of the best two-player games of all time.

LPM: There was a time when almost every game Konami released was pure gold. Sunset Riders is classic Konami – big, colourful sprites and relentless run ‘n’ gun gameplay. I lusted after it for years as a youth but never owned it – I’d really love to play it now. 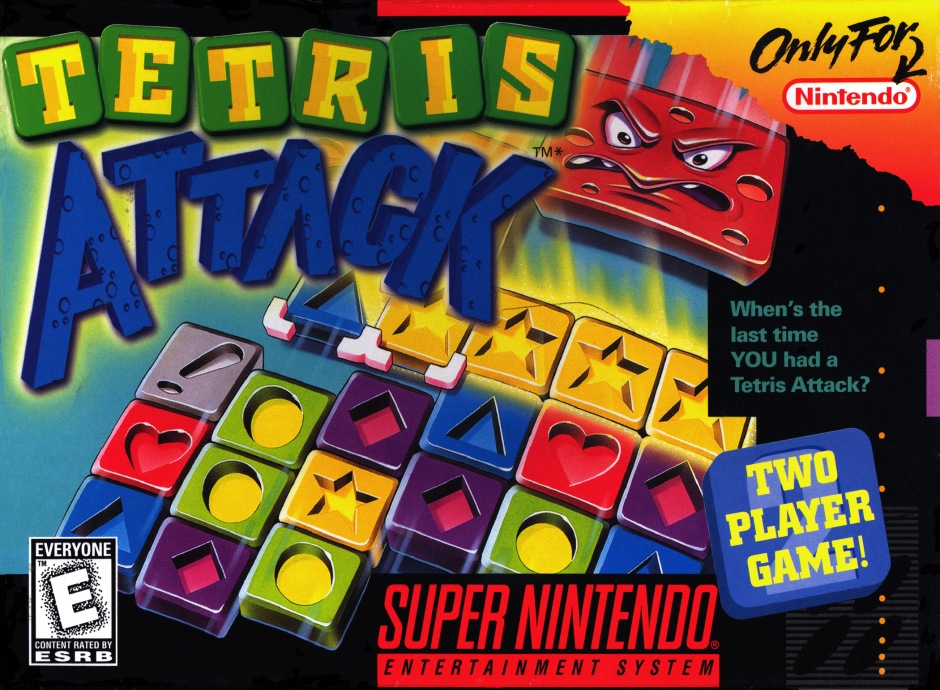 PGM: One of the absolute best puzzle games on SNES or anywhere, Tetris Attack introduced Panel de Pon (aka Puzzle League) to video game players outside of Japan. The Japanese-only game Panel de Pon is included on the Japanese version of the SNES Classic Mini, but Tetris Attack would have been a great addition to the non-Japanese editions. Tetris Attack is a reskin of the original game with characters from Yoshi’s Island. The core gameplay is the same, though, and it’s super addictive and fun. The game features one of the most complex chaining systems in puzzle games, but mastering its intricacies is extremely rewarding. The gameplay saw later additional reskinning, including Pokemon Puzzle League on N64 and GBC, but many, myself included, still count the original as among the best in the series.

LPM: A real oddity this one – a two-player, side-scrolling unicycle racer from the studio that went on to make Grand Theft Auto. I seem to recall it really split reviewers, but it has since gained a cult following – essentially it’s a bit like Sonic the Hedgehog but with stunts. And a unicycle. However, it’s unlikely this game will ever be re-released – Pixar filed a lawsuit against DMA Design, claiming the unicycle looked too much like the one in their animation Red’s Dream. DMA lost, production was ceased after the initial run of 300,000 copies, and the game has never seen the light of day again. 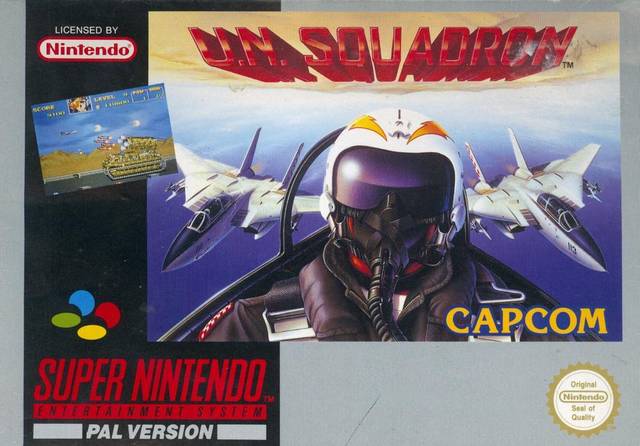 LPM: One of my favourite ever side-scrolling shoot ’em ups. Head over to this post I wrote way back to see why.

Zombies (aka Zombies Ate My Neighbors) 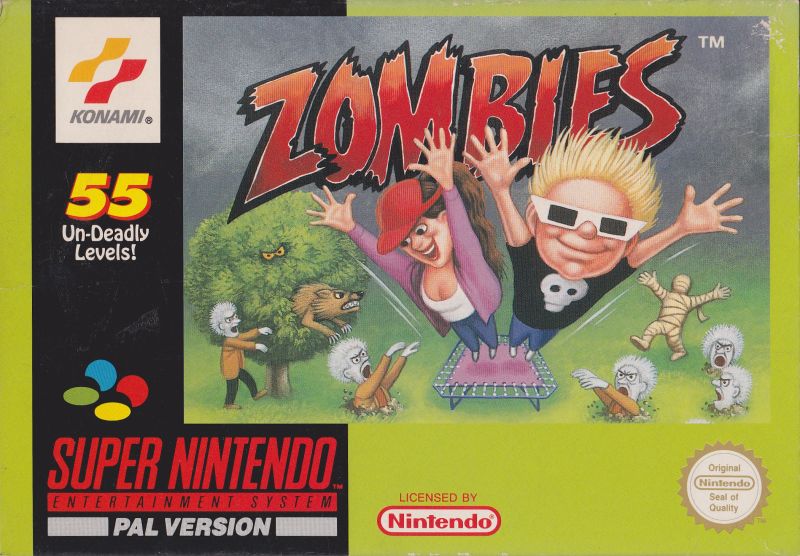 LPM: Back before we all got zombie fatigue, this game was an utter delight. It’s essentially a send up of the B movie horror genre as a whole, so there are aliens, swamp monsters, vampires and werewolves along with the titular zombies. The aim is to save your neighbours before the monsters get their hands on them, and the weapons were particularly great – I remember one was a grenade made out of a heavily shaken soda can. An awesome game from when LucasArts were in their prime. (NB. Anyone know why ‘Ate my Neighbors’ was dropped from the title for the European release?)

So there you have it, a sample of SNES classics that we’d really love to revisit. Are there any other SNES games that you’d add to the SNES mini if you had the chance? Let us know in the comments!