I have a general fondness for the guys over at Codemasters.  What they do, they do well, particularly in the racing space.  The Dirt series and the Colin McRae series before that are some of my favourite racing games of the past 10 years, and are games that I will happily pour countless hours into to make sure I milk every last ounce of gameplay out of them before I retire them to the back of the shelf.

In short there is definitely a precedence for Codemasters racers appealing to me.  Which is why my relationship with 2008’s Race Driver: GRID confuses the hell out of me.

Following on from the success of the brilliant next generation debut of the studio by way of 2007’s Dirt, GRID was Codemasters’ attempt at bringing it’s long running Racer Driver series into the next generation with a bang.  And first impressions were an indication that they had pulled it off – with stunning graphics and a good mix of european touring, american muscle and japanese sports events to provide enough depth to satisfy even the most picky of race fans.  From there things went from good to great for GRID, gathering pace at the rate of a thousand knots as critics all across the internet fell in love with the game.  All was good in the cosmos, and Codemasters had yet again shown that know their way around a race track.

Of course you can never please everyone.  I’ll be blunt – I’m not enamoured with GRID.  The handling is a little off, the progression of the career is less than exciting and the AI of your opponents on the track is infuriating to say the least.  It is the type of game that is good for an hour or so, if it happens to already in your console, you can’t be bothered getting up, and there’s nothing else on television.  It’s a heavily caveated experience that I would have no qualms in recommending people against buying.

But despite this acknowledgement that GRID just isn’t for me, four years on, I continue to work my way through the game, race after race, championship after championship, like some kind of masochist that is addicted to the inevitable frustration that the game manifests in me.  I try taking the disc out of the tray, only to put it back in a day later, defeated by some overwhelming desire to make it to the top of the racing table.  It’s like the game is my master and I’m beholden to all of it’s darkest desires.

Codemasters have me indoctrinated to feel compelled to play their games, even against my better judgement.  Sure, I liked Dirt and it’s two sequels, but it’s as if this allegiance to that one product released by the company has somehow given rise to an uncontrollable urge to play all of their other games until I enjoy them.  Or die trying.

And this is the trouble with allegiance. 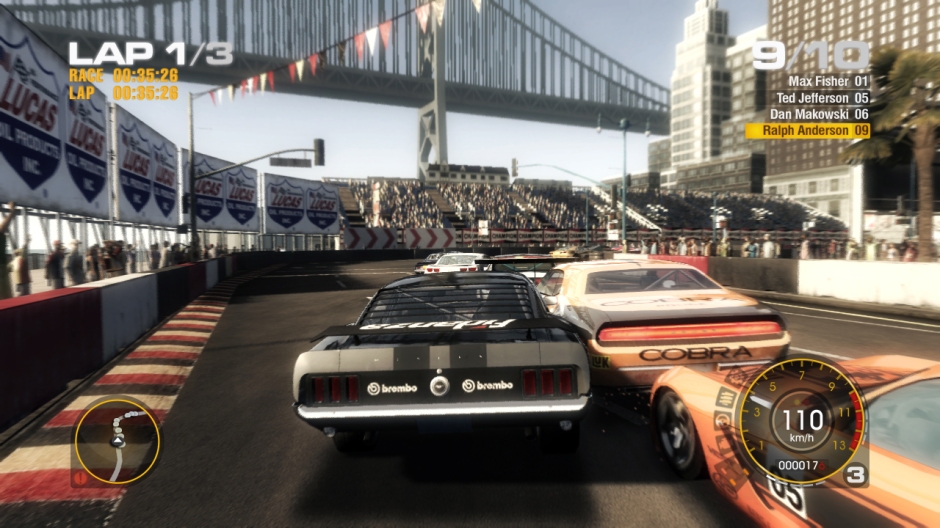