I really REALLY don’t like GTA V.  Before you go bananas and scream abuse, let me just get this straight: GTA V is a great game.  Everything about the production is absolutely top-notch.  The little details that the internet has collectively circle-jerked over are, admittedly, nothing short of jaw-dropping.  The voice acting for the most part is Hollywood blockbuster quality.  The graphics are stunning.  The gameplay improves on everything Rockstar has done in the past, and then some.  There is no debating that Rockstar have done a bang-up job with this game and it (for the most part) deserves every kilogram of praise lumped upon it by the enthusiast press and the general gaming populous.

And I appreciate everything it does right.  The game itself plays like the GTA of your dreams did, with characters having a weight to them while still remaining agile and athletic, and cars having realistic-esque physics that don’t let that old chestnut inertia ruin every car chase through busy traffic.  Shooting received a similarly demonstrable facelift that finally brings GTA close to on par with where every other game has been for the past decade. Basically GTA V lives up to all of its promises, its lofty ambition and certainly is a worthy entry into a very versatile and ever-green popular series.

So why am I not enjoying GTA V?  If I can see how great the game is, why has my personal experience with the game largely been one of wanting a mission to end so I can turn the game off?  Every minute I spend with the game I am thinking about what other games I could be playing and the problem is the open-world structure of the game just doesn’t have the lure or the claws to grab me and hold my interest.  The characters are abhorrent, the story (from what I’ve experienced) contrived and the open world absolutely unnecessary.  Its presentation as a parody and satire is just constantly at odds with its attempts at presenting an edgy and adult piece of storytelling, resulting in something that comes across as either intentionally schizophrenic or just poorly planned.  These factors combined have resulted in a game that I not only am not enjoying, but began to actually actively hate spending time with.  Sure maybe its a time and place thing.  Maybe in three, six, twelves months I’ll change my tune and join the collective global orgasm over this great piece of interactive entertainment.

For now though  it is time to call ‘time’ on GTA V.  A great game.  A milestone.  A game I just didn’t enjoy very much. 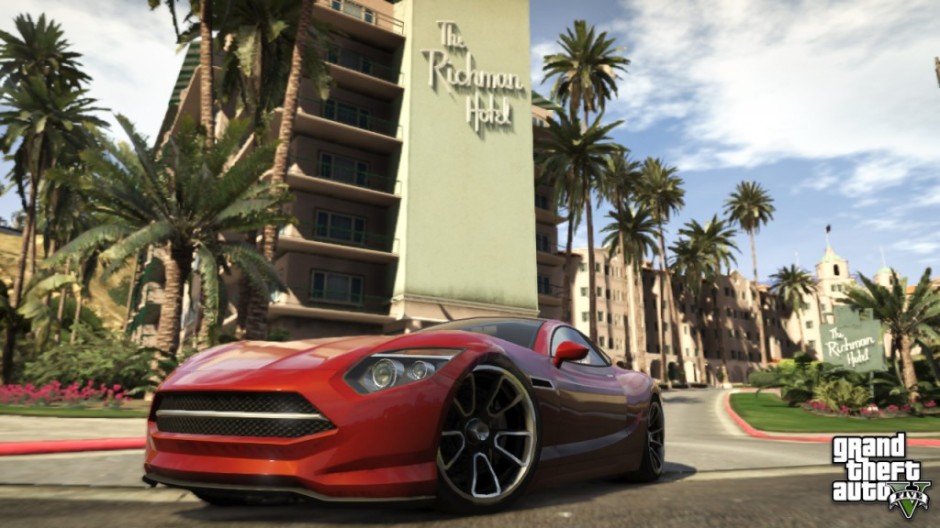