I finished Duke Nukem Forever, but there isn’t a lot I can say about it that hasn’t already been said.  There were a lot of missteps, some misguided design decisions, and a general unpolished feel to the whole experience.  This has all been said ad-nauseum across the internet, so I’m not going to bother.

What I will say though is in spite of all that, and acknowledging that the game just isn’t very good, I found myself enjoying it more than I should have.  The crass humour didn’t hit the mark, the mechanics weren’t great, and by jove did the game go for about four hours longer than it should have, but in spite of this I found myself admitting in a conversation with a friend who had also played the game that I was actually having a good time with good old Duke’s latest adventure.

Of course don’t mistake this for thinking in any way that DNF is any more than a disappointment.

But the reasons for DNF being unsuccessful at what it attempts to do lay almost completely in it’s inability to decide what it wants to be.    The quest for relevancy and Duke’s ability to shape shift in order to stay relevant isn’t new.  In fact it is arguably what has helped Duke to become such an enduring franchise in the first place, remarkably at a time where some of it’s kin were fading into obscurity.  Duke was always a malleable character, someone who could move from a 2D side scroller into a first person shooter and still be as popular as ever.  In 1998, this ability to morph culminated in Time to Kill, a very successful attempt  by developer N-Space to cash in on the popularity of the third person action genre, popularised by the Tomb Raider franchise.  Time to Kill  took the essence of what Duke is, and fused it with the biggest thing in gaming at the time, a decision that resulted in what I consider to be the best Duke Nukem game, period.  The developer had committed to moving Duke on, and move Duke on it did. 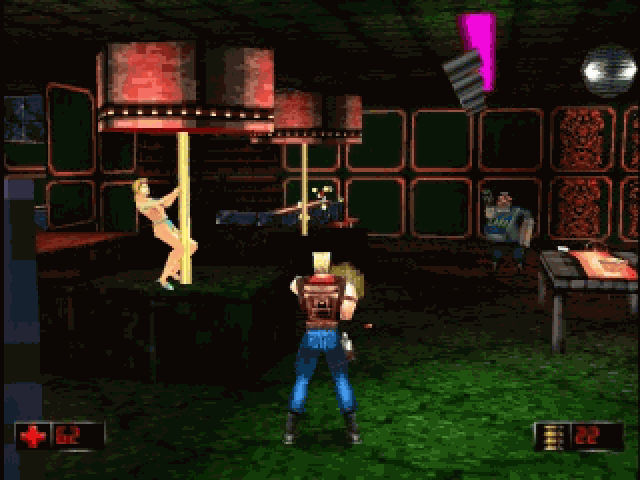 But even within the first hour or so of DNF, it never seems like the developer committed to what the game was going to be.  The gameplay of DNF screams throwback, a throwback to when Duke was relevant at the release of the phenomenally popular Duke Nukem 3D.  But the design choices thereafter seem to scream an emulation of a post-halo era game.  Having only a handful of enemies to fight at a time whose AI is clearly designed to be fought en masse just makes the game uneventful.  Combine this with the fact that the range of weapons (which was lifted almost straight from Duke 3D) is designed to carry them all at once, rather than the two at a time that the game enables, and you’ve got combat that just doesn’t feel like it belongs in the game that it’s stuck in.   And it really is this misalignment of seemingly simple development objectives that spoils  what could’ve been an adequate, if crass, distraction from the sheer volumes of shooters that take themselves way too seriously.

After all is said and done, in pursuit of relevancy, the DNF has become an utterly in-cohesive experience that just doesn’t live up to any of the expectations people had of it after 15 years.  The sad part is that Duke himself, an enduring character from a bygone era may have reached the end of his shelf life.  There will no doubt be a sequel to DNF, but perhaps it is – to quote the last good game in the long and storied history of this bleached blonde hero – Time to Kill the franchise. 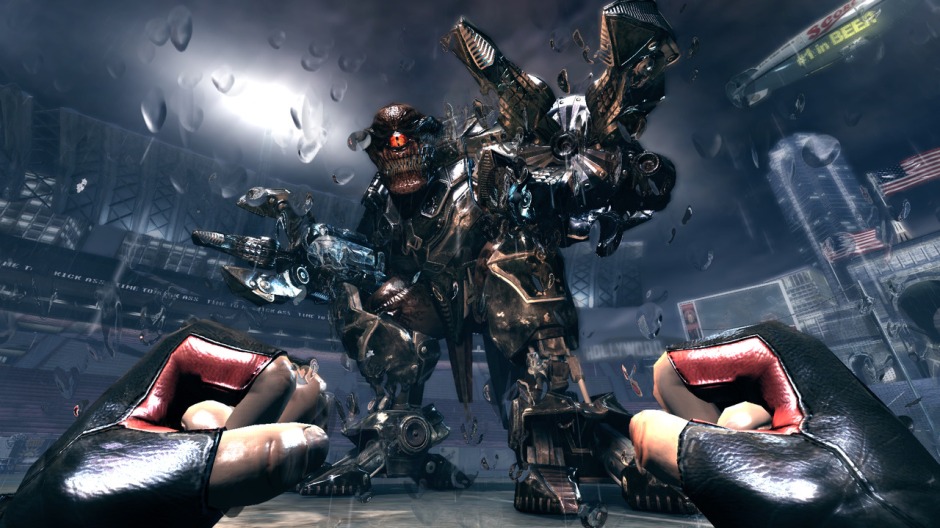