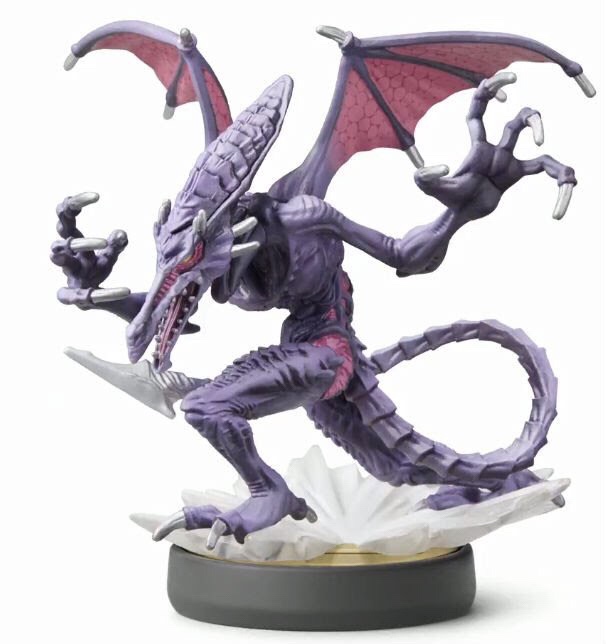 I already have more amiibos than I can display – currently about half of them are stashed in a cupboard for various reasons of space management/moving house and not bothering to unpack/Mrs. Merriweather complaining that the house is being taken over by a middle-aged man’s toys. But now Nintendo have only gone and announced a Ridley amiibo at E3 2018. God damn them. For now I must have it.

I mean, I already have the sweet, sweet squishy Metroid amiibo from last year, and this thumping good Ridley statuette would look absolutely epic next to that gooey alien gobstopper. And besides, Metroid is probably my favourite game series of all time, so it’s only right that I complete the amiibo set. Right?

I may have to sneak this one into the house though.

This beautiful hunk o’ plastic is due out at the same time as Super Smash Bros. Ultimate 7th December 2018. Having barely played the last two instalments of Smash Bros., I will be skipping the game, but I will be bearing down on this Ridders amiibo waving handfuls of cash.

Oh, and Nintendo announced another Inkling amiibo and a Princess Daisy amiibo, too. Yeah boring whatever RIIIIIIDLEEEEEEYYYY! WHOOP!