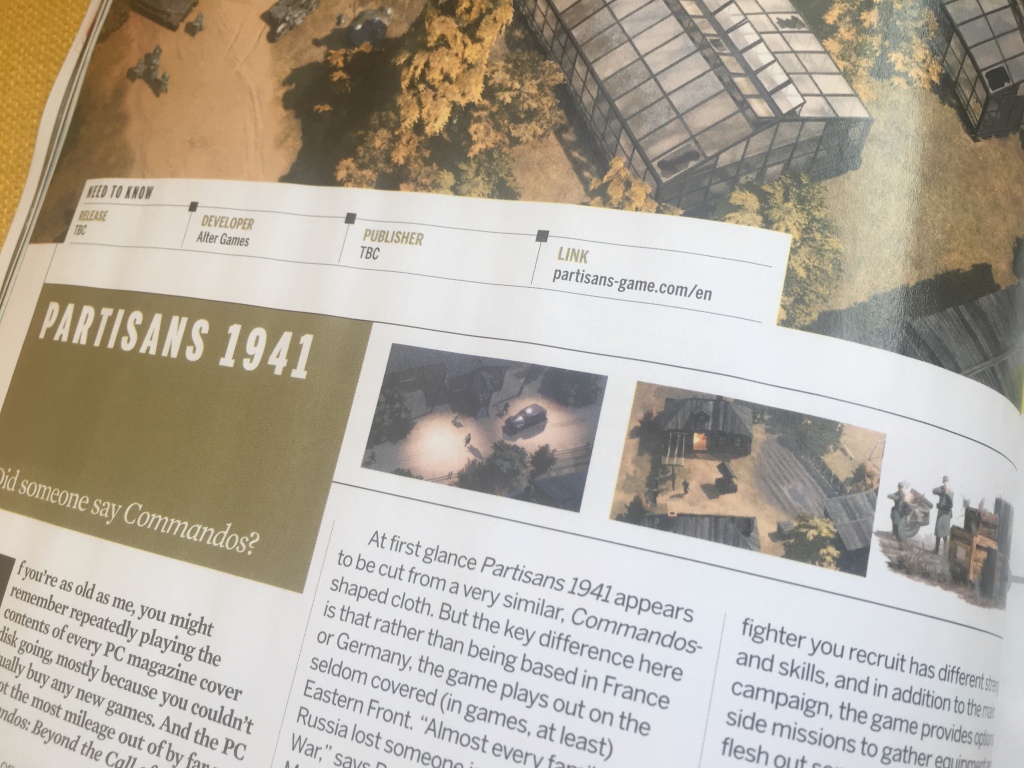 I was rather taken by Partisans 1941 at EGX Rezzed the other month, so I put together a preview of it for PC Gamer issue 332.

It ended up being a bit of a last-minute dash to get it into the issue – the developers Alter Games are based in Moscow, and there was a Russian state holiday which meant most people weren’t in the office – but happily it all came together just before deadline day. Ah, got to love print journalism and the traditional deadline panic.

Anyway, I think it turned out well, and the game is certainly shaping up to be something special – basically Commandos but with base management and all sorts of other extra bits. There’s no release date yet, but you can keep up with development at http://partisans-game.com/en/.